My Family Is Probably Right 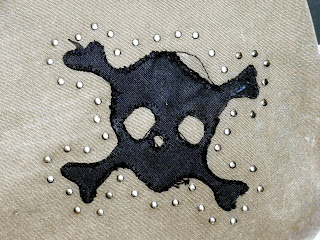 My husband and son think I am crazy. I am starting to think they are right.

For the first part of my career, I worked in a school where the principal did not even know my name. It never even occurred to me that she should know my name, or anything about me for any reason. I went to work, did my job and went home. Everything was good. When she retired, a nice guy took her place. I met him for the first time when I needed him to sign my papers to release me so I could join the faculty of Packemin. (I was on child care leave at the time, he was in a major fight with the math AP and refused to let me go. My story about getting out is for another post.)

The first principal I ever really spoke to was the one who hired me at Packemin. I think he hired me because of my answer about the kids with the guns. I don't think he thought much about me after that, nothing particularly good or bad. I know he liked my rapport with he kids, particularly his "boys", the rough group of kids he liked, but that was about it. We existed in the same building but our relationship ended there.

I don't think the next principal was overly fond of me either, but we stayed out of each other's way. The only time I really ever spoke to her was when we were both drinking at a retirement party. Wine makes me sociable, even with administrators.

The next principal was Suit. Anyone who has been reading this blog can have no doubt about the way he and I felt about each other. While I never wished him any serious ill will, I wouldn't have minded watching him suffer with a bad case of poison ivy. Anyways, I got used to working with a principal that hated me and wanted me to transfer and I kept doing my own thing, teaching and helping my students as best as I could.

So now I am no longer anonymous and I am no longer hated. This is something I can't get used to, I keep thinking something is wrong. I keep waiting for the other shoe to drop. I'm no different now than I was 20 or 10 or 5 years ago, or even than I was 6 months ago.

My family thinks I am crazy because I am never happy. Maybe if they worked with the craziness I've worked with for so many years, they would understand.
Posted by Pissedoffteacher at 4:00 PM

So, I've only been reading your blog for a few months...what on earth is "my answer about the kids with the guns"? That's gotta be a story.

He asked me what kind of kids I didn't like so I told him the ones with guns. I came from a really rough school and quite a few of my students had them.

Dear Pissed, my daughter tells me the same thing! Even though she is a teenager and knows everything, she often comments, "mom, you are not getting younger, why do you allow them to suck your blood?" Other's say ," it's not what they do to you it's how you react." Easy to say , but not so easy to live!

I got excessed today. I know it has to do with seniority and not ability, but it still feels like crap.

I am sorry for you. I know how it feels. My poor son has been out of work since December.