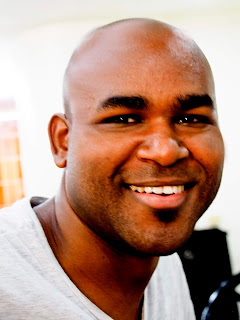 This young professional is stuck.  He is educated but cannot get a good paying job.  He cannot get married and have children because the little money he manages to earn just barely takes care of his own needs.  He would love his own apartment but he is forced to live with his mom and sister as there is no place for him to go.

This is the face of a young man who would like to leave Cuba and go anywhere, not because of the government or because he is denied freedom.  He wants to go where he can get a well paying, decent job and use his education.  He has so much to give and lives in a place that does not have resources to accept.

Cuba is a nation filled with young people like this man.  Nations will not trade with Cuba because they fear the US.  Doctors, nurses and other professionals in Cuba earn barely enough to survive.  Cuba trades doctors and nurses with China and Venezuela for oil and other resources.  We need to end the embargo and let people like this young man obtain decent jobs in their own country or any country they want and any country that will appreciate them.
Posted by Pissedoffteacher at 11:25 PM No comments: