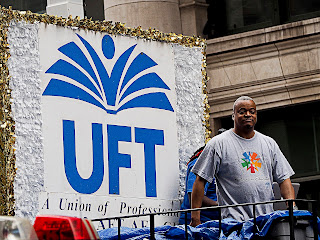 UFT was proudly represented at the Gay Pride March.

Now it is time for them to step up and represent its members, particularly the ATRs the same way.
Posted by Pissedoffteacher at 4:03 PM 3 comments: 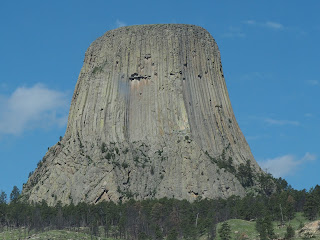 Many of the students graduating today and their parents have no idea how phony their education has been.  For the last 10 - 15 years the only thing that mattered in schools were numbers and the students believed that receiving a passing grade meant they knew the course material.  Parents did too.  I remember meeting a parent who was thrilled with her son's 73 on the algebra regents until I explained to her what the 73 actually meant.  I know I crushed her beliefs but I felt reality was more important that dreams.  I had a student in a remedial math class in college brag about her 65 on the algebra regents but she could not add fractions, did not know her multiplication tables and never got more than a 30 on any exam in that class.  While I haven't followed her progress, I am willing to bet she never graduated as the college still has standards and getting out of remedial meant passing a uniform computer driven exam.  In fact, the college I where I work is very strict when it comes to passing and only wants the teachers to pass those that have mastered the course.

I feel awful for the students at John Dewey whose graduation is being questioned.  I am sure many earned their diplomas and learned what they should have learned.  I am sure many did the phony credit recovery too and now do not understand why their graduation is being questioned.  But, these kids are young and while it hurts now, they can still recover and go on to do whatever their heart desires.  I heard stories of a special education AP who only let teachers willing to "help" on regents proctor exams.  I saw an AP supposedly translating exams for foreign students but no one understood the language, and knew what he was saying.  His students always did exceptionally well.

Today I happened to be talking to a new Principal and a man who is not involved in education.  We were talking about cheating and he seemed to think all the problems with education lie with the home and that as long as the cheating is going on, no one should get caught.  I spent quite a bit of time talking to him about what I see in the college and I think eventually he saw my point.  An outsider really has no idea of the impact these phony diplomas have on kids.

Kudos to the teachers at John Dewey who came forward.  If Farina and DeBlasio really care about education they need to establish some way of looking into this at all schools and see how kids who never passed are suddenly passing and graduating.  They need to follow these students into the community college and see how little they actually know.
Posted by Pissedoffteacher at 1:24 PM 3 comments: 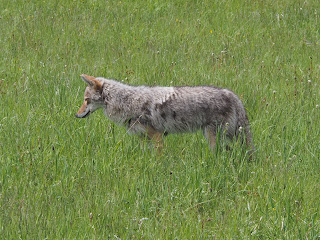 Today is a great day.  I have succeeded in making another one of you old timers leave.  I have harassed him non stop, gave him U ratings and labeled him ineffective two years in a row.  I wandered into his classroom multiple times, making sure to stop by at the end of days, immediately after fire drills and the last and first day back from vacations.  I don't care how many extra hours he gives his students.  If he did his job correctly, he would not need to spend so much time helping them outside of school.  I have finally won.  He is gone.

I am now one step closer to creating the department I want and I deserve.  You veteran teachers better take this as a warning.  You all know who is next on my hit list.  I have already started writing up your observations for next year and they are not pretty.  I also know exactly how I will berate you at department conferences and insist you observe the 22 year old who has been out of college and teaching for three weeks.  You can't win against me.  Just leave now and save us a lot of work and save yourself heart ache.

Have a nice summer.  It might be your last stress free time for months to come.

Your Loving AP
Posted by Pissedoffteacher at 12:38 AM 3 comments: 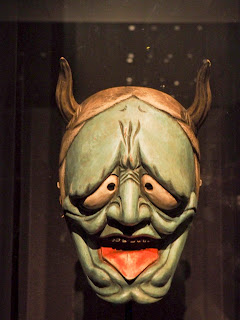 She was a 10 year veteran teacher who requested specific classes for the upcoming year.  The AP said no, blaming someone else, someone everyone knew had no say in how he programmed.  And then, in the middle of a department conference he stopped and offered the class to a teacher with much less seniority.  He then went on to add there will probably be a sixth class in that subject and he wanted her to teach it, something illegal as all extra classes must be posted and offered to everyone.

Everyone knows the AP does whatever he wants and will end up fixing programs so the person he wants will get the extra class but no one could believe he had the audacity to actually say this in front of the staff he supervises.

Union rules mean nothing to him.  He is king.  He has done whatever he wants for years and will continue to do so.  I am so happy to be able to write about this and not live it.
Posted by Pissedoffteacher at 5:29 PM 2 comments:

Labels: APs who do whatever they want. breaking union rules, cruel AP 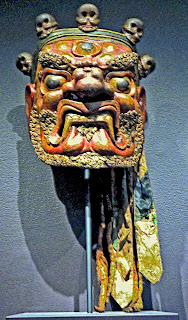 It was the middle of period 4 on a Tuesday when a monitor showed up at Mr. X's class asking the teacher to send Marta to her office immediately.  The teacher was a little concerned as they were reviewing for the regents and Marta was not one of the strongest students but let her go anyway.

Marta returned at the end of the class and Mr. X asked what happened.  Marta explained that she was failing health due to excessive absence (she had not been in class more than 10 times the entire semester) but could pass and graduate if she attended the two hour after school classes all week and made up 10 hours.  It seemed like a good deal.  Ten hours for a whole terms work.  The only problem was Marta had already missed the first two hours.  The counselor told her not to worry.  She could do something to make up the make up work she missed.

So, armed with a meaningless diploma, Marta will head off to college.  She will expect the same experience and will be crushed.  Another young person has been sent into the world to fail.
Posted by Pissedoffteacher at 5:36 PM 4 comments:

The Principal and The Prom 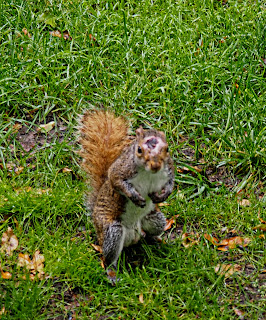 Jean was looking forward to the prom.  Her mom was too and that is why they both went ballistic when she was told she could not attend.  Jean had failed economics and the school had a policy stating no senior who failed could attend.

Jean's mom immediately made an appointment with the Principal.  He explained the rules that mom wanted no part of.  She said prom was much more important that graduation.  Besides, Jean had gotten a 60 in the class which meant she will pass in June and graduate anyway.

The Principal stood firm.  Jean's mom went over his head and complained to the school board.  She found a loop hole.  No where in the rules and regulations of the school was there a policy about having to pass to attend the prom.  The school board stood with Jean and she was allowed to attend.  The night before the prom guidance counselors called every barred senior and offered them free admission to the prom.

I worry about the message this sent to Jean.  She failed to do the things she could have done (extra credit to pass) and still got to go.  I worry about the 60 grade which is meant as a warning, but a weak one.  Anyone who goes to that high school knows everyone will pass in the end.  Graduation rates are far more important than real education.

A part of me is happy Jean won.  The 60 grade is ridiculous.  If I gave a grade of 60 and then failed someone at the end, I had to justify the mark to my AP and stand up to endlessly being berated for not knowing my students.  If I failed too many, it was my fault again, so I (and everyone else) stretched grades to pass everyone.  The Principal and the school ended up looking foolish.  Maybe this will end  some of these stupid policies.

Posted by Pissedoffteacher at 6:58 PM 3 comments: 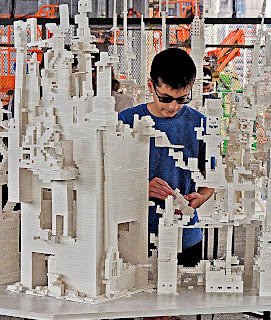 Friday afternoon and all is quiet.  The students have all packed up and left to begin their summer vacation.  It is only June 5 but goodbyes have been said.  The teachers spent the afternoon packing things away and getting the school ready for the lucky lottery winners who will get to spend a few days in this lap of luxury.

My friend has a job in the building and was thrilled to show me around.  The school goes from pre-school through high school and has class sizes in the upper grades of no more than 20.  Tuition is $50,000 a child plus $5000 a year for the bus, lunch included.

I asked her about regents exams.  She told me the students did not take them.  I didn't ask her about Common Core but, from the look of things I don't suppose that is followed to carefully either.

It must be nice to be so rich the system assumes you are smart enough and know enough and don't have to deal with those awful exams.
Posted by Pissedoffteacher at 8:18 PM 2 comments:

Retirement allows me the time to explore parts of the city I never knew existed.  Today my husband and I spent the afternoon at Dead Horse Bay, a small body of water near the Marine Park Bridge in Brooklyn.  We passed the afternoon photographing broken glass, bottles, shoes, construction debris and more as the area was once a land fill.  A big thank you goes to John, from my UFT Photo Class for turning us on to this wonderful area.  Here are a few photos 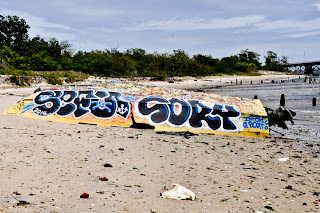 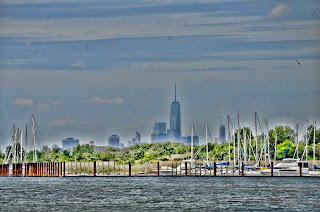 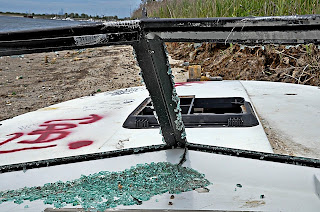 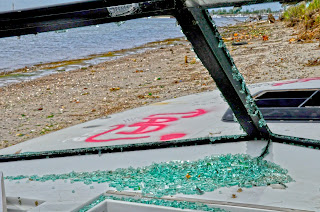 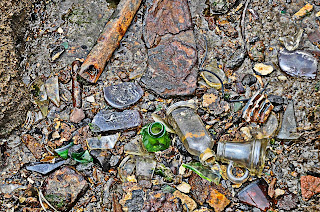 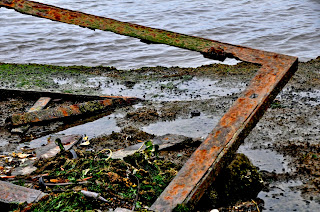 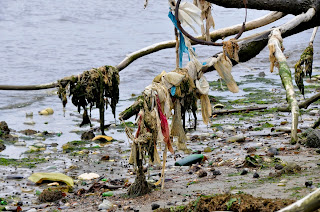 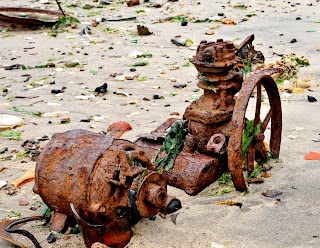 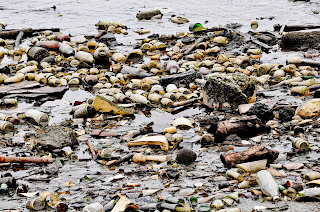 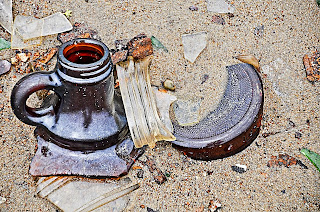 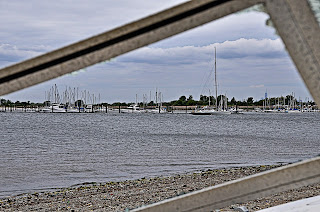 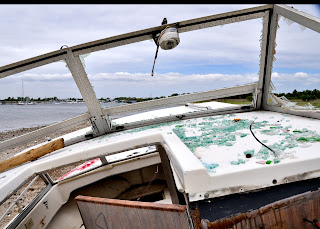 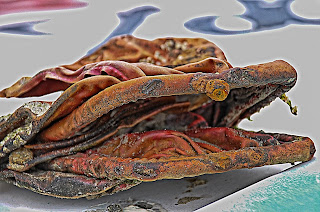 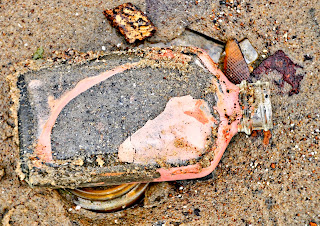 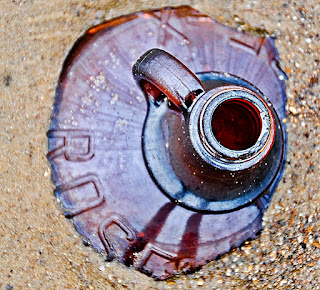 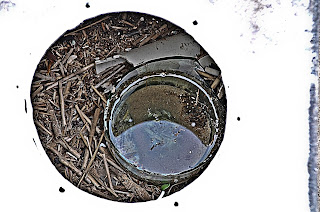 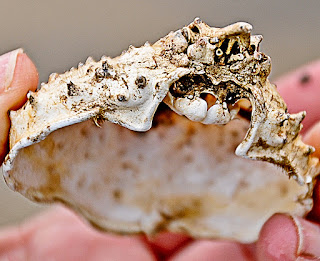 Posted by Pissedoffteacher at 7:45 PM 2 comments:

Why The Principal Hired The AP

Everyone knows the AP is incompetent and inexperienced.  She has no knowledge of anything she is in charge of .  No one could figure out why the Principal hired her.  Dilbert knows.  She is evil and has no problem doing the evil things he doesn't want to dirty his hands with.  Principal Delegate threw Assistant Principal Evil on the teachers and ran away.
Posted by Pissedoffteacher at 8:47 AM No comments:

Labels: keeping hands clean, letting someone else do dirty work, why the incompetents were hired

Slamming Door and Not Looking Back 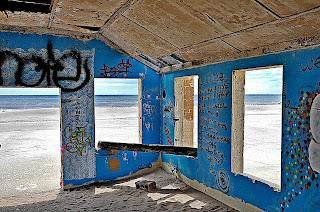 The 35 year veteran teacher, 57 years old is walking out the door.  He has been called ineffective one too many times by his "teenage" inexperienced supervisor.  The supervisor, certified in the subject with weekend courses, credits earned with borrowed papers.   Echoes of her bragging about never buying a book still ring in every one's ears.  The supervisor who even got into education through a back door after failing in the business world and failing the licensing exam before being tutored by a teacher the supervisor now holds in disdain.

The teacher is walking out the door at the end of June, never to return to the school again.  There will be no party or farewell lunch.  The teacher has had it
Posted by Pissedoffteacher at 10:18 PM 2 comments: