While riding the subway last weekend, I looked around and realized how financially blessed my life really is. I'm not saying that I am rich, I am far from that, but I have it so much better than so many of my fellow New Yorkers.

This poor woman was dragging this huge suitcase. She kept checking her watch and looked worried about the time. The train was running local and at least twenty minutes was added on to her trip. 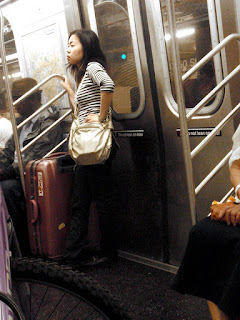 And don't forget the strollers. I was spoilt. I drove everywhere when I needed the stroller and only took the kids on the subway when they were able to walk. 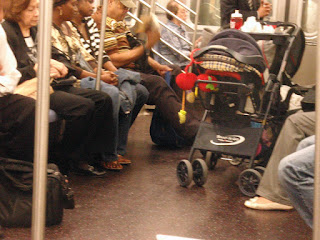 This guy was transporting a huge bike. 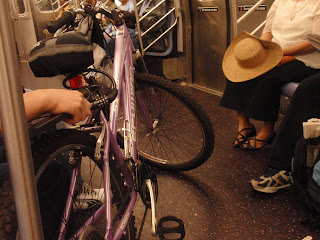 This poor guy was dragging this catering cart at least six blocks. He had to stop at every curb to adjust his cargo. The guy also had his too young daughters along. I'm betting his wife had to work so he was in charge of his off springs. The kids were not complaining, just helping as best as they could. 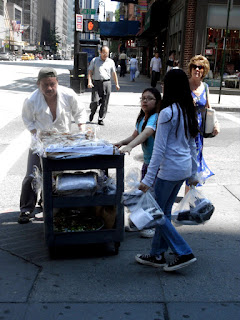 The hot dog guy always works hard. He's out in all kinds of weather. 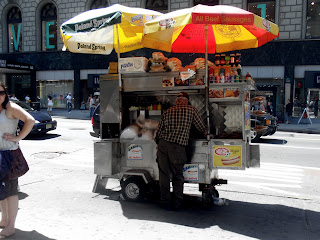 This guy looked tired. He must have been on a break. 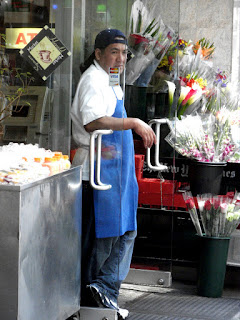 And the every present jewelry guy, also out in every kind of weather imaginable. 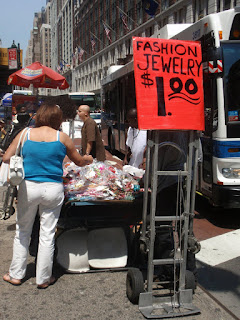 Posted by Pissedoffteacher at 3:49 PM