No, I Haven't Been Drinking

I can't believe I am writing this, but PD was actually fun (and no, before you ask, I did not smoke any funny cigarettes or drink anything stronger than coffee.) Okay, not all of it was fun, but there was enough good stuff mixed in to make the other stuff tolerable.

We began with the usual breakfast of bagels and coffee and then adjoined to the auditorium. One thing that would really improve this part would be seat cushions and mimosas with the breakfast. But, the time passed quickly and I did get to sit with two of my buddies so it wasn't unbearable.

The day was mixed--educational stuff and stress relief stuff. I'm sure you can guess the part I liked best. I attended the workshop on digital photography. I enjoyed it so much, I came back for a second session. Ballroom dancing, the one I had originally signed up for, is not my thing. I would hate for the entire school to see that I was born with two left feet. We learned some background stuff and then wandered around the school, taking pictures. I, of course, insisted on using my own camera and could not down load them because them as I have an XD card and the reader the school has only takes SD cards. Oh well, I downloaded them and fixed them up at home. (I used the school camera during the second session and will get those to work on at home tomorrow.)


Here are some of the pictures I took. 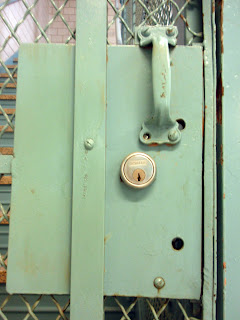 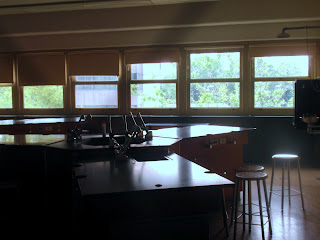 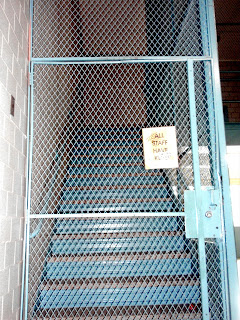 This gated stairway has always creeped me out. One day, I actually opened the gate (the sign says all staff members must have a key.) and then couldn't get it locked again. I freaked and had to run all over the building to find someone to take care of the problem. I had visions of kids going up to the roof and doing who knows what?) 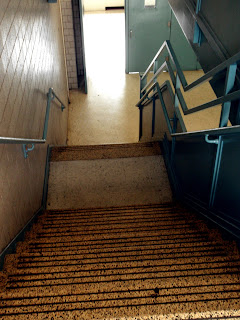 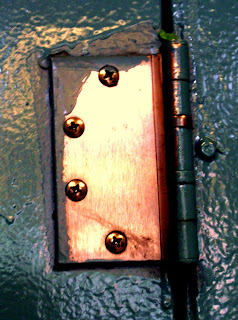 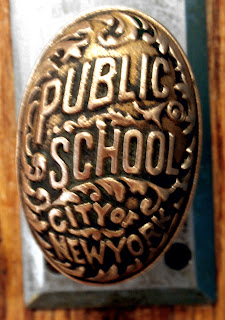 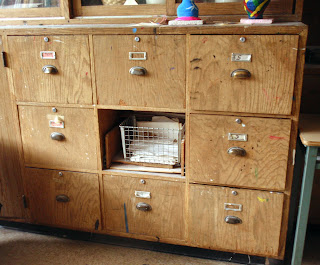 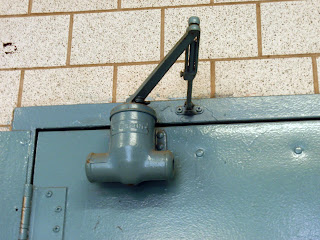 The two "educational" workshops dealt with Active Literacy and Bloom's Taxonomy. I had no idea what either of those things were before today but I do know that they are things I do every single day. I even fly around the room the way the guy who was presenting did. There is still no actual training in how to do this stuff for people that are clueless.

I still prefer my old BQ days, days when I could wander the city or hit the beach or do whatever I like, but all in all, today was good.
Posted by Pissedoffteacher at 3:28 PM

I love the pictures. I remember those doorknobs either at Stuyvesant (the old one) or at Midwood (where BCNHS was located until it's last two years.)