He's Going Out With (out) Any Class 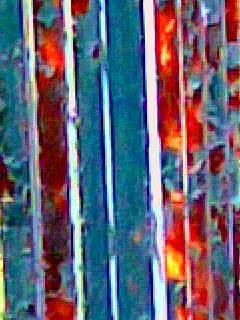 The meeting was held in our school auditorium and we all learned how that poor lobster must feel as he is dunked into a pot of boiling water. But, wanting to do the right thing, we all stayed.

Mr. No Longer CL ran the meeting but he had Mr. Tie (our new CL) assist him. I felt so bad for Mr. Tie. Mr. No Longer rambled on and on and totally confused all the issues. He called for a vote but some people rightly wanted discussion. The acoustics in our auditorium are awful and trying to make sense out of anything said is nearly impossible. We did hear Mr. No Longer say that we could accept the entire slate as written, reject the entire slate as written or accept or reject individual parts. An overwhelming majority voted to accept entirely. But, this was not good enough for him. He then proceeded to read each job separately and call for individual votes. Little by little people left. I tried to hold on but after a while I too just gave up. I think there were about 10 people left at the end of the meeting. We were also supposed to vote for two teachers for the leadership committee. I don't even know if this came to be.

Our last day is the day all our retiring members and members with upcoming weddings or births get gifts. By the time Mr. No Longer got around to this, most people were no longer there.

I watched Mr. Tie while this was going on. He looked annoyed and frustrated by the fact he could do nothing to stop this fiasco. I would think Mr. No Longer did this on purpose to complicate Mr. Tie's life in September, but I doubt it. This is the way he runs everything.

Mr. Tie will have his work cut out for him in September. He will have to clean up the mess Mr. No Longer left for him today.
Posted by Pissedoffteacher at 7:12 PM

Well, hopefully you can enjoy your summer.

P.S. How does one get invited to your other blog?

I am surprised Mr. Tie would even agree to co-chair the meeting with a union rep of his reputation. Personally, as a former rep, I would not have agreed to it and my voice would have been one of anger along with the teachers. Perhaps it didn't take long to see that was a big mistake.

What you are describing is so illegal. First of all, you need nominations for SLT, and like any other election, there must be a regular vote unless no other candidates apply. The C-6 should have been settled way before the last day, and I hope no vote was taken w/o the majority of teachers present.

Secondly, these issues seem very strange to bring up the last day of school.

Good riddance to your old rep.

The leadership vote never happened. Mr. Tie surely regrets being associated with this utter fiasco. It was The Worst Meeting of All Time, and if there is a hell, doomed souls are surely sent to this very meeting.

Imagine the culture shock at Packemin when they actually see how a union meeting should be run.
I sure hope there are cookies too :)

We don't actually have meetings. We just have Mr. No Longer, one of the worst speakers I've ever seen, drone on about the same one or two things he's learned to drone on about once or twice a year. We don't get much news, since Mr. No Longer neither reads nor follows it.

I'm not sure Mr. No Longer even knows how to read anything other than menus.

Thanks for the laughs you two. I really needed it because I was watching the documentary Farrah made on her journey to survive cancer. She was a very gifted artist and writer.

I saw her on Broadway and my opinion of her as an actress changed. She was a talent.

HAHAHA Pissed Off! We don't agree about much, but that last comment actually had me laughing out loud!

I was also laughing out loud at that comment, as well as the story itself. But you had to be there. And if you were there, you'd wish you hadn't been.

Sorry, I am not opening the private blog to anyone new at this time.

I agree with my amigo, I wish I wasn't there. I only stayed out of loyalty to Mr. Tie.