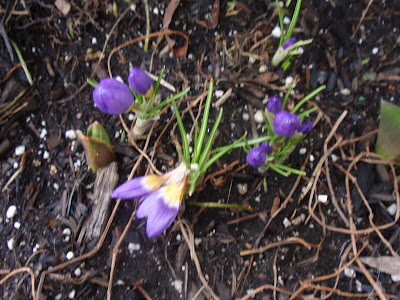 With no major plans Saturday, I headed down to John Jay College to join the workshop run by ICE and TAGNY to save NYC schools. In fact, it was this meeting that inspired my Eve Of Destruction rant.

It was good to see so many people willing to work towards a common goal and come out and show their support on a Saturday. There were parents, teachers, both young and old, retired teachers, ATRs, rubber room teachers, teachers in fear of rubber rooms and students.

I got there just in time to here Norm speak about the need for teacher seniority and the problems of ATRs. He was eloquent as usual. I hope everyone in the system realizes how fortunate they are to have someone like Norm still out there fighting for them. I know he is an inspiration to me.


I was most impressed with two students from high schools in Brooklyn that were going to be shut down. These kids knew the problems in their schools would not be solved by shutting them down. These kids knew they were coming from an environment with warm, caring teachers and they felt shut out of the whole process. Yes, they wanted better schools but they wanted the schools created in a better way.

I was also very impressed with a young man who taught third grade. Being a high school teacher, I never realized how much impact those standardized tests have on our children. I could not believe that this guy could not teach social studies and other electives for five months due to this insane test prep and that the tests represented none of the real things his kids were learning.

Charter schools were another big topic. I've always known how selective they were but had no idea that they were operating in the same building as public schools and all the undesirable students were being sent to that public school. No wonder the test scores are so different.

The highlight of my day was meeting two of my favorite blogging buddies. Justice, is HOT, HOT, HOT! I wish I he were older and I was younger and single. I bet the generalissimo is jealous of this smart, good looking guy. I also met Moriah. What a great, caring, dedicated teacher. Her administration should be sent to Guantanamo. Let's hope things get better for her. Stop by her blog and offer her your good wishes. They will mean a lot to her. In the mean time, Moriah, e-mail me! I can't do much but be a support group for you but that I promise to be. And, I will bring at least one friend who I know is on your side.

It is not too late. All you teachers out there, stand up and be counted. What is happening to your colleagues could happen to you.
Posted by Pissedoffteacher at 5:54 AM

It was great to see you there PO and your being there is a tribute to your concerns for education and children.

We hope this conference is only the beginning. We are planning further activities including a march up Broadway to Tweed at some point. Of course this planning began in a bar soon after the conference, where 10 of us, including as you say teachers of all ages and teaching levels, continued the conversation. Some of the best ideas emerge in bars. I'm sure Moriah appreciated meeting you.

Next time I will have to join you in the bar--one of my favorite place to hang out!

Thank you ladies! A pleasure to finally meet my blog buddies and fellow teachers of good will. Thank you for your support and I stand with you both in the fight for quality public and free education for all the children of New York City.