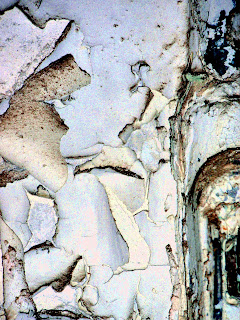 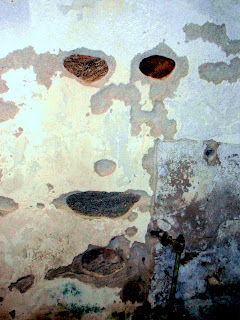 Most people don't understand why I take the pictures I do. I don't understand them either, I just like them. Slum Dog Millionaire almost did not make it to the big screen. Warner Brothers gave the film away because they did not think it would be a big success.

That is the problem with movies, and books, and art. Liking or not liking them is so subjective. The thing one person considers great will be the worst thing another person has ever seen. I know. I've walked out of Broadway shows that won all the Tonys. Too many people dislike my photos.

Math, on the other hand is concrete. There is none of this fuzziness. There is no grayness. While approaches to a problem might be different, the final answers are all them same. There is no judgement involved.

Math was far from my best subject in school. I had to work my tail off to get by, whereas I could easily ace an English or history class without even attending. But, when an English teacher dared to put a red mark on my paper, I saw red. Who was he to challenge my comma? Who was she to tell me my interpretation of a story was wrong? Math was never like that for me. I knew I earned the red marks. I respected them. I worked harder to make sure I got as few of them as possible. My work was not open to interpretation.

There is a beauty to math that other areas do not have. The concreteness itself is the thing that makes it so special.

In my geometry class, we are working on all the circle angle theorems. Even the kids are starting to get excited (actually they are just laughing at me) as I show them the beauty of every straight line coming back to 180 degrees and agreeing with every circle coming back to 360. We can do the problems different ways, but the results are the same. The wonderfulness is not open to interpretation. The wonderfulness is there for all to see.

Math is the best.
Posted by Pissedoffteacher at 3:20 PM

I agree. I love math for it finality. If that is even a word. There is no argument. Either it's right or wrong.

I teach special education in Middle school and I specialize in math. I love how I can show all the different way to get to one solution. Not every kids gets it one way and it gets me excited when I see them respond to a new way to learn something.

We are also working on circles and angles. Having just finished trig, my students are able to solve problems many different ways now, with Pythagorean Theorem, trig, or special right triangles. Sometimes they actually discuss (argue) which way is best. They know that I think this is the coolest thing in the whole world, but now some of them are starting to like it also.