Mr. Educational Scientist Strikes Again (Or At Least He Tries To) 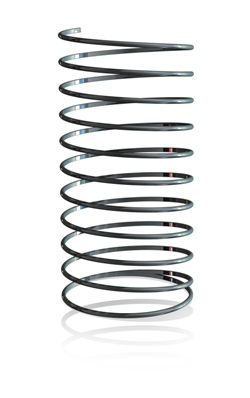 Yes, I agree, some kids need more time to finish school. In some schools it is called YABC. It is a night school type of program that meets alternate days four days a week. It functioned to some respect as "college" environment. Partnered with SBOs, students has jobs arranged for them. They worked during the day and studied at night. Since I know intimately on how this operated and moved many kids into this program, I must say it really was an excellent program for those students who had fallen behind. The target population is overage and undercredited students and basically students had until they were 21 to graduate. The classes started at 5 PM. Kids who had been very difficult seemed to become more focused. They would do maximum 3 classes a night, 1 1/2 hours and depending on what they can take up to 6 classes a week.

I didn't know the city was still funding these programs. These programs are very different from credit recovery programs and they can and do work for lots of kids. One of my closest friends worked at Queens Outreach for years. I know his program was a huge success and I almost left Packemin HS to join the staff there. (This would have made Suit very happy.) At one point they even considered a calculus class but instead sent the young man to Flushing HS for the one course. These schools are not exactly the same as credit recovery and boot camp.

David did not belong in this program. David was the type of kid who was bored with school simply because it did not challenge him. Trust me when I tell you David devoured books, understood complex math, and simply needed someone to point him in a direction. David had we decided to keep him any longer may have just disappeared. People forget how dangerous parts of our city are and what difficult lives our students live because of it. Hence the explosion of Gang culture in NYC. There parts of the city that young people can't walk in if they aren't wearing a specific color of flashing a certain sign.

Trust me, I know how dangerous parts of the city are. I grew up in the projects of the Bronx. I went to CCNY when Harlem was not a safe place for a young woman to be.

There are other places David could have gotten an education. How about a GED program in a community college? He could have done his high school diploma while working on a college degree. David might have done well with credit recovery but, he is the exception not the rule.

No argument here, except that at Packemin, I know of a little tenth grader being forced to attend late afternoon school to make up a course she failed. She is very young, a little immature and an extra year in high school would not hurt her in the least. Her mom agrees. The extra class at night is taking away from her studies.

So do I agree with your argument for credit recovery, one word - YES!

So, you are against credit recovery? I am totally against it.

However, do I believe a student having to retake a class because they failed all over again when they may have misunderstood a few topics. Are the material they were given was not appropriate for their reading level.
(Differentiated Instruction.)

I've got to strongly disagree with you here. First off, no one fails because they misunderstand a few topics. Failure comes because multiple topics are not understood. Reteaching a few topics is teaching the minimum to pass the exam. Did it ever occur to you that if a child can't read maybe that child should not get a high school diploma?

Mr. Educational Scientist, you and I are on opposite sides of that spring above. As soon as we start to agree on something, we will get pushed far apart.
Posted by Pissedoffteacher at 4:49 PM

yeah... disagreeing is what makes the world go around... but the spring analogy is interesting...

I've got to strongly disagree with you here. First off, no one fails because they misunderstand a few topics. Failure comes because multiple topics are not understood. Reteaching a few topics is teaching the minimum to pass the exam. Did it ever occur to you that if a child can't read maybe that child should not get a high school diploma?

First, if a child couldn't read he shouldn't get out of Junior High. I don't believe in social promotion.

But if a student misses a concept and learning is scaffolded properly and not taught in piecemeal format then yes, missing a couple of concepts could spiral a student into failure.

How does a teacher teach to accommodate a student's learning style?

How does a teacher utilize students' interests in order to make learning real, interesting and relevant?

See, the idea of credit recovery also makes up for a lot of bad instruction that we subject kids to. let's be real P.O.

I agree, no student should come to their senior year and have to suddenly be put in the position to make up all these credits to graduate. Academic intervention should have started long ago for these kids, especially since they showed a pattern of behavior early in their school years.

Academic intervention for struggling students should start early and be targeted. We should know a student so well(data), we should know what subjects and skills they struggle with. We should make them feel successful by highlighting their achievement and supporting them where they are weak.

If the Principal of your school was smart... he would find a way to fund a program like YABC to help those students who need more time.

But by the age of 18, students should be preparing to move on with their lives. High School should be a 4 year experience... not any longer. I think your idea of keeping students longer in high school would be disastrous as you would see more students slip away.
More people would be comfortable to turning H.S. into a 4 1/2 then 5 year plan and then...

Oh and David... I know he was an exception... but the point here is, how many students are bored out of their minds or have messed up home lives and people decide that the kid is "dumb" or not "college material" simply because they put no effort into school. We have to be careful abut playing judge, jury & executioner.

I know can't get the last word in.. so I wont try.. but a spring is a very important part of a smooth ride. Without them, things would become so uncomfortable.

I think we both find plenty of fault with the system the way it is now.

Our major difference is that you want to work within the system and fix it. I've been around for a long time and I don't believe it can be fixed. I want change. I want to chuck this notion that all people are capable of being anything they want. I want to go to a system that embraces differences and respects differences and allows children to be what they are good at and do what they are interested in.

And, no matter what you say about no social promotion, it still exists. We have high school kids who are barely literate. The tests they take allow them to pass without any real knowledge of anything.

I guess what I would like to see are educators working to change the entire system as it now exists.

And, on this note, I am done. I will allow you to have the last word if you want it.

The spring is important but if it is coming through your mattress, it will cause you to have a very uncomfortable night's sleep.

I didn't say social promotion didn't exist... I just wanted to be clear that I don't support it.

sorry P.O., but changing a system simply doesn't happen without fixing the system from within slowly, gradually, and strategically. I know we believe in the same thing... creating an environment for children to be successful and to learn. As well as making sure we provide the best possible education for the children of this country.

I can't believe I will get the last word in... but it will be nice knowing I had it for a little while.