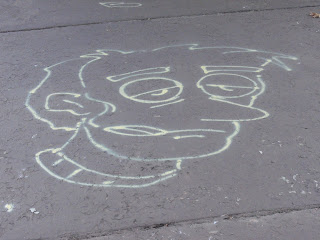 My ninth graders have already tried going to school year round. They did so well in middle school they were rewarded with a summer's education. You would never know this from their total lack of ability when it comes to solving simple equations or even pushing a button to get the correct answer on a calculator.
When will people wake up and realize that not everyone is academic? These kids are good kids, nice kids but kids that are totally uninterested in school. Most would rather sit and socialize than admit to being unable to comprehend what is going on. Some try but are so lost even the most powerful GPS would not bring them back. Of course there are a handful that are actually learning but these kids would learn so much better if the others were not around.
Obama is so wrong when he says everyone should go to college. Some people are just not academic. They're just not students. If society would only accept this and embrace their strengths, think of how much better off we would all be.
Posted by Pissedoffteacher at 7:16 PM

Amen to that, Sista!

I so agree. A college education for everyone is certainly not the answer to a productive self sufficient society. Making sure everyone who wants to go to college can go, is what we should aim for. But let's include tech/trade school as well. AND let's not devalue those who choose neither, but instead help them find their niche as productive members of our society.