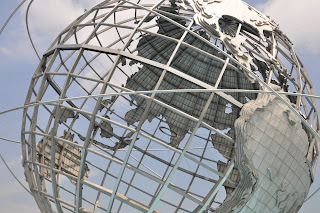 The New York State Pavilion, or what is left of it, from the Fair. 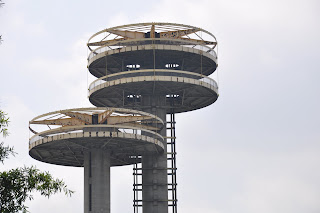 The flowers were in bloom. 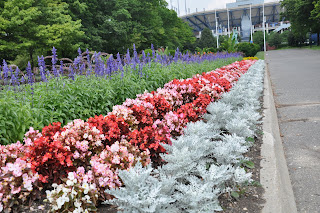 Panorama views of the city. The little red triangles represent blocks with more than 3 foreclosures. These were predominately in parts of Brooklyn, southeast Queens and south Bronx. 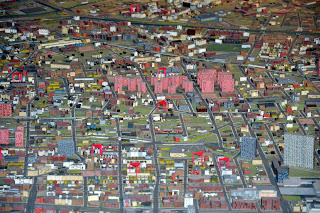 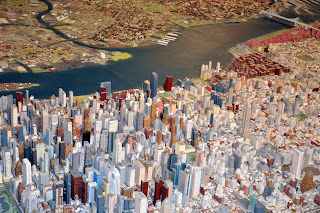 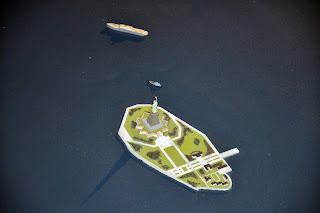 You can see the Twin Towers here. 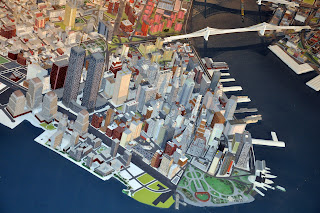 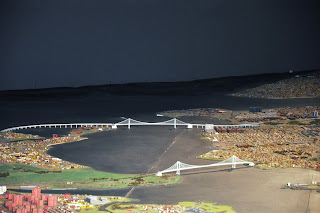 Co-op City, Bronx. I used to live in one of the "X" buildings shown. My apartment was on the 31st floor of a 33 story building. Hating the elevator, I tried to limit my going and comings to once (or at most twice) a day. 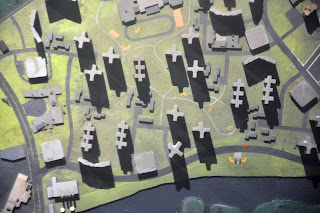 The 7 train, nicknamed the Orient Express due to all the Asian people who live on its line. The train is a direct link to Citi Field and the National Tennis Stadium. 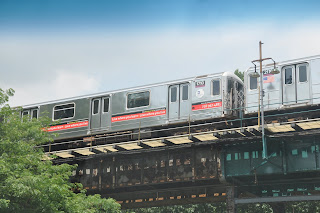 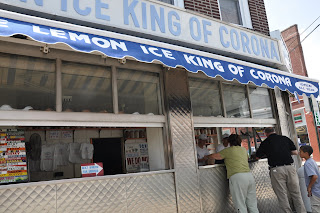 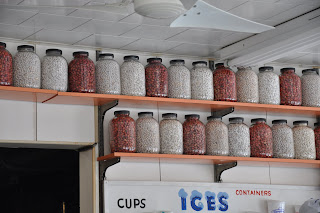 From a nearby park. Nice to see the city providing services for its residences. 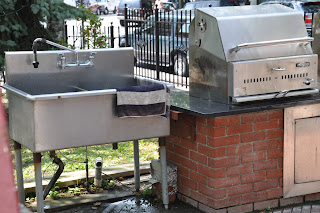 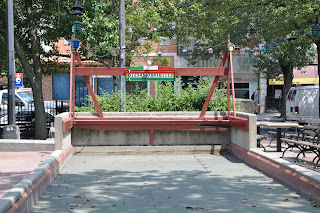 After every vacation, I feel a need to do something touristy in my own city. but, still being jet lagged I needed to stay close to home and spent the day in Corona. We hit Flushing Meadow Park and checked out the art museum which has a great panorama or NYC (the only place photos are permitted) and then went to the Lemon Ice King. Anyone who watched the King Of Queens has seen this place in the opening minute. Of course my Nikon made the trip too.
Posted by Pissedoffteacher at 2:30 PM