Not Worth The Gamble 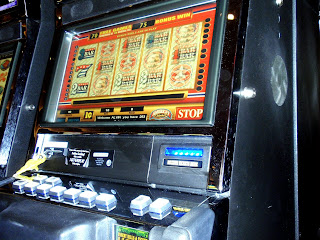 When I think about pay for performance and then then I think about kids like Smiley, Nutjob and Rosie, to name a few, I get ready to explode. In fact, I was in bed, mulling over Obama's latest, tying stimulus money to student achievement and I decided I had to get out of bed and write or I would never be able to sleep.

These kids were difficult, trying kids. I succeeded with some and failed with others. But, I tried. Over the years, I've taken in the kids that other teachers did not want. This past term alone, I had four kids that another geometry teacher could not deal with. (Two passed and two failed.) Now Obama says my pay and my tenure should revolve around my success with kids like these. I have to think before I welcome them into my room. I need to toughen up, like the other teacher. I can't take a chance. I can't help as many as I did before because the reality is sinking in. I cannot sacrifice my career in the hopes of saving a few.

I am also thinking about the term I volunteered to teach seniors who had only passed one term of math since ninth grade. These kids were challenging, but I succeeded with most (27 out of 28.) I am not a gambler and with high stakes, I would not have taken the risk.

I don't condone bad teachers. In fact, I believe those that are incompetent should not be in the classroom but competence and quality cannot be judged by data.

There is a push right now to get some of the best teachers into the poorest schools. A law like this will do nothing to encourage anyone to transfer.

Teaching is tough. There is a reason so many people don't go in for this field and so many of the people that do, don't make it. People like Obama and Bloomberg have no idea as to what it is like to be a teacher (or a student) in a regular public school. They have no right to determine how public education should be judged.
Posted by Pissedoffteacher at 12:18 AM

Joann Weiss, originator of that comment, has a degree from Princeton in biochemistry. She sits on every educorporate board known to man right now, such as Aspire Public Schools, Green Dot Public Schools, Leadership Public Schools, and so on. She is presently CEO of NewSchools Venture Fund. Her qualifications, I suppose, lie in the fact that she started her career as VP of Education, Research and Development at Wicat Systems, a multimedia curriculum company for K-12. She is another educorporate operative who hasn't spent a second in a "real" classroom. She's just another corporate-fascist bully like all the others. Obama is Bush 3.0 when it comes to education. As a lifelong educator, I am deeply disturbed and disillusioned by Obama's education "policy", e.g. further privatization of public schools and further attacks on educators which are no more than thinly disguised attacks on the unions that used to protect teachers' rights.

And how easy would it be for an administrator to load the deck in favor of one teacher over another in matters of class size, class makeup, preps, support or lack of it with problem kids? No one ever seems to acknowledge that some principals make life miserable for some of their teachers.