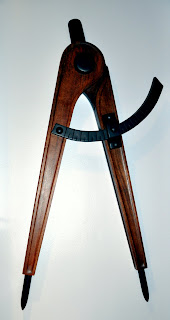 I have been beating myself up over the geometry regents results. Although some might say my results were good (68% passing) they weren't good enough for me. I'm used to 95 -100% passing. I know, it's summer vacation and I should just let it go, but it bothers me. I even spent quite a bit of time looking at the transcripts of the students that failed.

And then, I realized something. First, most of the kids in my class never legitimately passed algebra. Most were given credit because they passed the algebra regents, some by attending summer school and some by seat credit. Then I realized that all but two of my student took the exam. I was actually able to keep 62 out of 64 on target until the end. Lastly I realized that while other teachers dropped kids from their classes, I held on to most of mine and gave them the benefit of the doubt, hoping they would make it. Many of them did. If I dropped the ones that were failing, my results would have been better but too many would have lost a chance to get that advanced diploma. If I look at statistics this way, I am a success.

I think you go for the 62 out of 64 and play the hand you're dealt (teach the ones you're given). I do believe we are kindred spirits (your Larry looks like my cat). I do know that once someone becomes my student, they are mine and I will push/pull/drag them to pass my class.

And you hope that the majority of your classes are filled with students who want to ace it! vbg

Colleges care about class rank, SATs and high grades in the area of interest. A future artist or writer or lawyer really doesn't need to struggle with trig or advanced algebra.

Your strategy was correct; give them the opportunity. Check the IA Regents grades of those who failed, I'll bet 2/3 were less than 70. Even though I feel the geometry test was in the fair to easy category, it still required more math thinking than IA to pass.