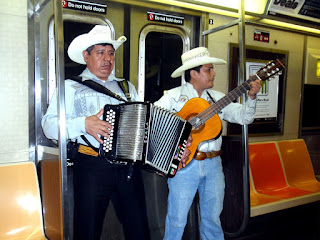 It is hard to believe that we are only off one week. I feel I have done so much already. The above picture was taken on the E train yesterday. Three Mexican men serenaded us for a stop. What a bunch of talented guys.

We took the subway all the way to South Ferry and walked through Battery Park, one of my favorite places in the entire city, to the Jewish Heritage Museum.

This is a statue outside Clinton Castle (where you get tickets to ferry to Ellis Island and Stature of liberty. The stature commemorates all the immigrants who have come to the United States. This little girl snuggled inside was so appropriate. 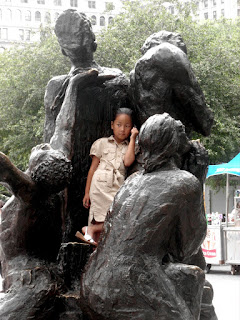 The flowers were in full bloom. 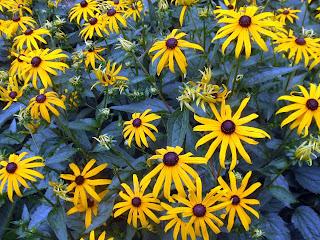 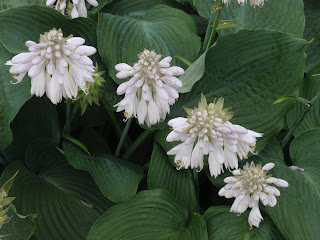 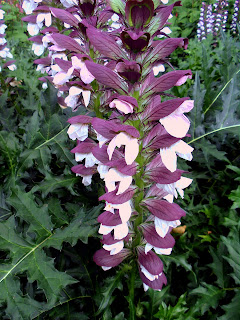 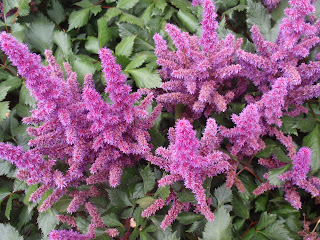 Line to buy tickets at Castle Clinton. I'm sure the wait was at least 3 hours. Note to anyone planning a visit--find out what time tickets go on sale and get there at least 30 minutes earlier. 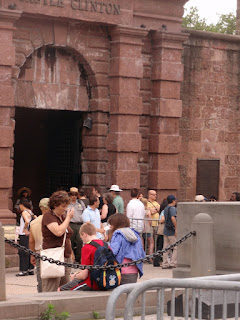 There were lots of people dressed like this outside Castle Clinton, trying to make a buck posing for pictures. 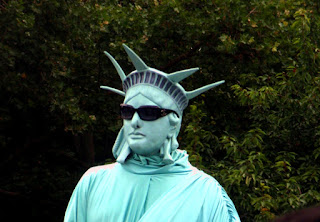 The Jewish Heritage Museum has an exhibit now on Swastikas and Jim Crow. It is all about how Jews, escaping Nazi persecution ended up in the south, at African American Colleges, such as Howard, Talladega and Tougaloo. These schools needed teachers and hired these scholars. Both groups of people had been severely persecuted and there was mutual sympathy. I quote Albert Einstein, because he said it the best:

The separation of the races is not a disease of colored people. It is a
disease of white people. I do not intent to be quiet about it.

No pictures are allowed in the museum but I did take a few looking out the window and in the restaurant.

Water pitcher--Orthodox Jews have a hand washing ritual before eating. 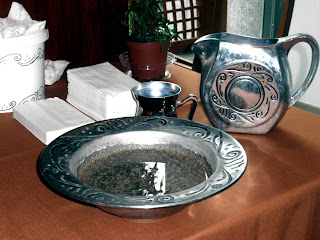 View from a staircase window. 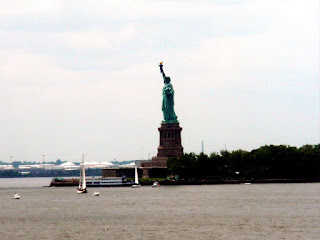 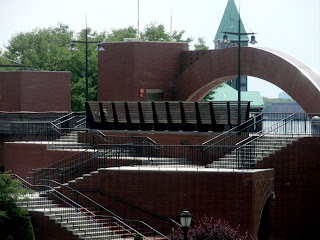 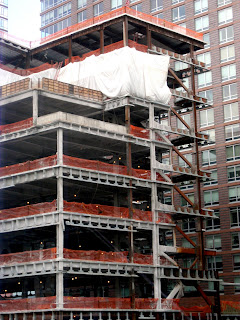 Right outside the museum was a wonderful water sculpture. This bird was having fun cooling off. 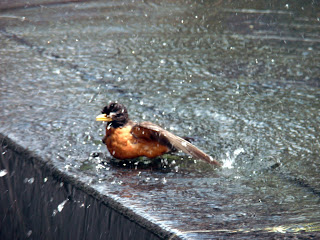 Old apartment building across street from the museum. 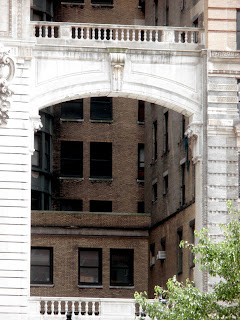 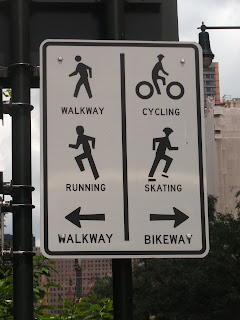 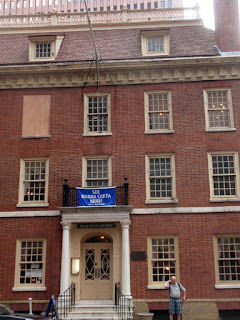 These old books brought back memories. They were laying in the trash near Brooklyn Bridge. 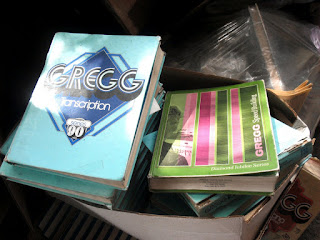 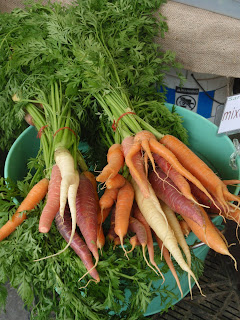 These radishes made a great, low calorie lunch. 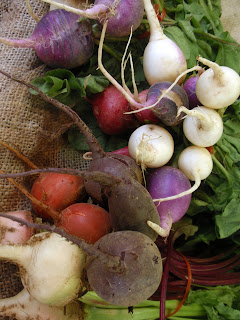 Even entertainment in the street--Fulton Market. 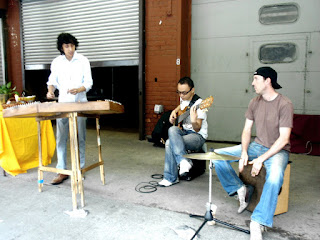 Posted by Pissedoffteacher at 11:03 AM