Are New Yorkers Gullible Enough To Buy This? 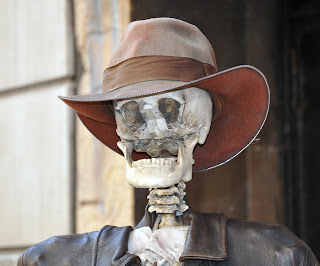 I just found a a piece of Bloomberg propaganda in the middle of my Time Out New York magazine. It is full of quotes from all the local newspapers praising the progress the education mayor is making in our schools.
Greater Accountability: I still don't see his accountability for overcrowded buildings and poor facilities. Summer classes at some schools has been cut to four days due to budgetary issues. Is this what he means about accountability?
More Parental Involvement: Isn't he the mayor that ignores the wants and needs of parents? Hasn't he consistently said that parents should not make decisions? How many parents does he have working at Tweed?
Standing Up To Bureaucracy: How about the bureaucracy that he has created? The system as dysfunctional now as it ever was.
Higher Test Scores and Graduation Rates: Sure, the test scores are higher because the raw scores to pass are lower. So much time is spent on test preparation that too little time is spent on actual learning. Kids are graduation without rudimentary knowledge. They are not prepared for college or for jobs.
Bloomberg has the bucks to spread the propaganda but we have the vote. New Yorkers be smart enough to see through all this.

DO NOT GIVE HIM HIS THIRD TERM IN OFFICE. WE NEED A CHANGE AND WE NEED IT NOW!
Posted by Pissedoffteacher at 9:16 PM

If your vote mattered in Mayor Bloomberg's New York, he wouldn't even be running for a third term.

All our votes matter or he wouldn't be spending so much money trying to win them and from discouraging others from running.

I am visiting Staten Island for a few days this week, and I laughed when I saw a Bloomberg commercial about schools because of all I have learned from your blog!