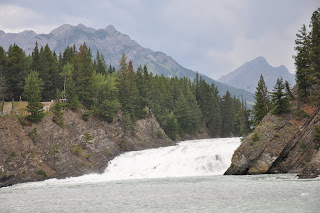 I am going to try to fight Bloomberg’s reelection right here. I know not that many people read this blog, but still, I’ve got to try. He has done nothing but hurt the city with his elitist policies and I’ve got to do my part to try to stop him. I am going to try to point out as many negative things as I can about this man from now until election time. It is time to stop focusing on how he screwed up education. He has screwed up other parts of city life as well.

Don’t forget—Bloomberg was the mayor that said we don’t need fire call boxes because everyone has cell phones, even his 90 year old mother. He did not take into account the poor single mother living from pay check to pay check without the cell phone.

Don’t forget—Bloomberg ticketed your cars after the big ice storm if you did not move them (He had to take back the tickets after a big public outcry.)

Don’t forget—he tried to make parking meters effective on Sunday and when the courts made him rescind this, he left the signs up for months forcing many people to pay when they did not have to.

Don’t forget—in many areas he raised parking meter fee to $.25 for 20 minutes instead of $.25 for 30 minutes without letting the public know.

Don’t forget—he changed school busing in the middle of the year so that many children were left stranded.

Don’t forget—he usurped public sentiments and got the City Council to allow him to run for a third term even though he led the fight against Guiliani’s third term.

I just listened to Bob Marley’s Get Up Stand Up For Your Rights. This is just what we have to do.
Posted by Pissedoffteacher at 11:59 PM

Your blog can be the first place, and your school the second. You can organize teachers who live in the city to support the Dem. candidates. Also, find support for other candidates who voted against the 3rd term. Katz voted for a 3rd term, so she will not get my support for comptroller.

I just contacted Avella's office and hope I can help him.

The don't hate the player - hate the game.

You do not want Thompson running this city. Say what you want about Bloomberg but Bill Thompson is a disaster waiting to happen.

I agree that the new person can be worse than what you have. As much as I hated Suit, I worried about the new principal and the possbibility that he/she could be worse. It is still honeymoon period so the answer to my worries is still unknown. However, with the mayor, I am willing to take my chances. Bloomberg has done nothing for the city of New York in the almost 8 years he has been in office.

I really don't know how you can say Bloomberg has done nothing for this city in 8 years.

His approval rating city wide hovered around 80%. In dropped after his maneuvering for a third term.

I am truly baffled. Don't let your hatred cloud you judgement. I get it... you hate Bloomberg & Klein!

But we are not better off with just anybody. You want the most capable leader leading you during the most difficult times.

I will take my chances with a SELF MADE BILLIONAIRE! And a kid from NYC Public Housing that kicked Microsoft's ass.

I would think you would appreciate the fact that these people come from very ordinary means.

Name something Bloomberg has done, or better yet let him name something. All he does is focus on education. Diplomas without knowledge are worthless and that is the only way he has gotten graduation rates to go up.

Do the math--70's and 80's were many mayors ago. (over 30 years for some). I didn't like Guiliani but most of the things you are applauding about the city happened while he was mayor, not Bloomberg.