Yep, Everyone Should Be Going To College 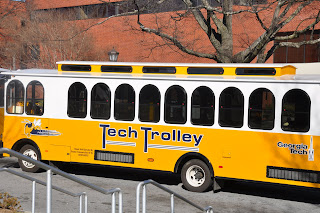 Did you know that 7/8 - 5/6 = 2/2 = 0? I found this answer on more than one test paper from my college class.
I'm not saying these people shouldn't go to college. They might be late bloomers, but come on, an answer like this in a college class? Can these people possibly learn all the math they should have learned between third and ninth grade in one semester, 4 short months? I highly doubt it is possible. Some might make it, if they have a background and good study skills but those without the background will not have a chance.
My heart breaks to see some of them suffer so much. A young man with a 54 wants to me a computer engineer. A woman with a 37 plans on becoming a registered nurse.
For some, it might be a lack of effort, but not for all. While you might not need to know how to add signed numbers to become a nurse, the ability to learn to add them has a lot to do with the ability to learn things necessary for that life saving profession.
I wish I had an answer, but I don't. I see people pouring their money down the toilet trying to learn subjects that cannot learn. I see them wasting their lives pursuing the pot of gold at the end of the rainbow. I will not be the one to discourage them with words. Their grades do enough damage.
If it were up to me, I would make sure everyone was proficient in the three r's before they even attempted college, but, that is me. Obama thinks everyone should go to college. Too bad he has no idea as to how little it takes to get a high school diploma.
Posted by Pissedoffteacher at 3:54 PM

Well, at least you made me feel better about my sixth graders. Only about half of them would answer like that. Now. Give them the summer off and they'll forgot they ever heard the phrase "common denominator."

One teacher in the school doesn't even attempt to teach the concepts (except when being observed, that is) -- just teaches how to correctly punch it into the calculator. I guess at least those students would get it right, IF they remembered how to put it in the calculator.

Calculator use in high school and below is one of the reasons they are finding the math so hard. This course does not permit the use of calculators.

Are you teaching math? I thought you were just trying to encourage others to become public nuisances like us.

I do my best to do both. I think I'm a little better at being a nuisance, public or otherwise.

Little Chef On The Prairie said...

My cousin couldn't pass this one class that was critical for continuing on to be an RN. It was a class that dealt with calculations for meds. My mom said how she felt so sorry for Britney. I said I was happy the college kept their standards, and she didn't make the cut. Think about being on the other side with a nurse who can't accurately compute your weight with medical formulas for medications.

I'm glad the college has its standards. It is so sad that these people don't realize they can't hack it in certain fields.

Nurses do need some math, for figuring out dosages. Many years ago, I was a reader of recordings for the blind and dyslexic. Once I read parts of a nursing text book and it had problems like: If the doctor order 500 mg of the medication and the medication comes in 250mg pills, how many pills do you give the patient. (This was to be solved using a formula.) It kind of scared me. Always double check your own meds :)

Our son was very thin. During a hospital stay a nurse thought his weight was in kg rather than pounds. Fortunately we caught the error.