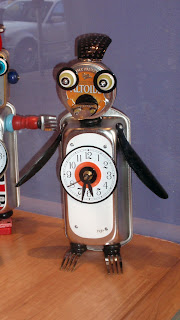 Wilbur is difficult, really difficult. The guidance counselor told Mr. AP that his mom has no control over him.
Right before the break, on Wilbur's first day in class, he was disruptive and I had to have him removed from class. He was not supposed to return until his mom showed up, which she didn't d do. I have to admit that I forgot about this when he walked in and just concentrated on trying to get him to work. Monday, while not great, was not awful either. Tuesday, I told him that I got in trouble because I let him back without seeing his mom. I told him I believed in him and I knew he could do what he was supposed to. Surprisingly, he worked for most of the period. Anyone watching him could see how restless he was and how hard it was for him to sit still. We made a deal. If he completed 8 problems he could take a stroll around the room. I helped him with a few and he did a few on his own. I told him I knew he didn't like school or math and he just smiled. I promised to try to make the class as painless as possible for him. He smiled again.
I gambled when I let him stay in class but, working with kids like Wilbur means working with a whole different set of rules. If the old ones worked for him, he wouldn't be in the shape he is in now. I don't know if my way will help him either, but it is worth a try.
Tuesday, Wilbur and I had a successful day. Today was successful as well. Even his two friends who usually do nothing worked. Who knows what tomorrow will hold. I'm not willing to make any bets on a repeat performance, but I an hope. I'll just have to wait and see.
Posted by Pissedoffteacher at 3:57 PM

Here's hoping this trend continues! Hell, at least until the end of the week!!

--my word verification word is "sillys," which is what me kids seem to have all the time! :)

I have to disagree that this is an example of differentiated instruction when in fact it's a lesson in common sense on the part of the teacher. This child needs to learn social and behavioral skills first and foremost. But putting the focus on a student's well-being and social development is no longer required under the new and improved Testing First initiative.

Perhaps when he calms down, he might be capable of doing the work, but clearly that's not his mindset at the moment. I am sure this student will appreciate your effort if not now, in the future.

I wish the public would understand that working with a student to just try to get them settled and doing the work is emotionally draining on a teacher because there are 25 other teens also in need of attention. The business and political community have no clue.

So if any teacher is asked what their goal is for a student like this, understand the answer can never be in terms of a passing percentage.

PS: That was my comment. I am having a hard time signing in and getting posted. I keep getting an error message when I use Firefox.