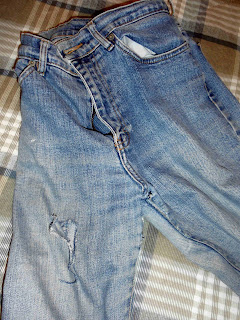 We aren't a Kipp school or a charter school. Most teachers don't get paid extra for coming in on holidays and weekends. You would have never known any of this if you had been in Packemin today. AP calculus kids got up early and spent 3 hours going over problems, preparing for the upcoming exam. The baseball team and the tennis team (probably more, but those are the teams I saw) were hard at work on the field..(Yes, the coaches get paid but if you figure out the number of hours they work and divide that into the amount they get paid, it would probably come to pennies an hour.) The JROTC was also deep into their practice for upcoming competitions. In addition, there is a math teacher (not me) who is coming in on Saturdays because there is no time or place to give his students extra help during the week. The teachers in charge of the robotics team also put in countless, unpaid hours. I could go on and on, but I think I made my point.
Schools like Packemin don't have documentaries made about them. Our kids are not showcased because they are kids on target to graduate with honors, and on time. Sure we have our failures and there are kids like the ones in my ninth period that are difficult to reach, but, overall, we are successful.
If the media wants to keep portraying schools like the one Edward Tom's is (if he is still there) principal of, there is nothing we can do about it. But, it is important to let the world know that there are lots of successful schools, run by educators, not business people turned educators, who go the extra mile all the time and reach plenty of students, more than the few at that small school in the Bronx.
(I probably lost my best friend, pictured above to today's session. I thought they were gone a year ago, but I've managed to nurse them along until now.) I got caught on a chair and the rip is unrepairable. Oh, the sacrifice made to help our students.)
Posted by Pissedoffteacher at 7:27 PM

Today I was at the (not-in-session) campus, running a practice (skills) session for an undergraduate class. This week, for high school, was an AP week, for whoever came in.

After AP, there will be some longer Regents sessions (weekends? Most likely)

I hate long tutoring sessions, but for the major exams, the opportunity to meet for the a longer duration a few times is well worth it.

And for college? These are young adults. They really react well to the slightly longer, unpressured time.

I find these session are usually very productive. Only the interested kids show up and because we have a long stretch of time, we get lots accomplished. I did it last year with my geometry classes and do it a few times with calculus. It's tiring but I feel great when I leave.

Please try the iron-on patches. They work really well. If you don't want it too visible, iron it on the inside.

These pants already have more iron-on patches than actual material. I tried sewing the rip and might actually be able to get a few more wearings from them.

I wore them yesterday to show the kids what really worn out jeans look like--not the expensive ones they buy.