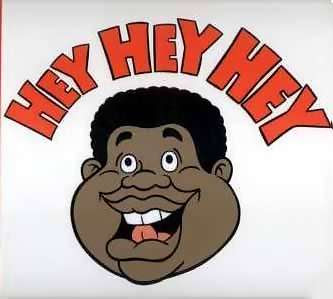 From an article about Bill Cosby in Today's Newsday:

5. He's sometimes credited as Dr. William H. Cosby Jr., Ed.D., referring to the doctorate in education he received in 1976 from the University of Massachusetts. But his father's brother, classical-music teacher Samuel Russell Cosby, preceded him in doctoral distinction. "He has his doctorate from Columbia University," Cosby told Newsday in 1995.

10. He flunked 10th grade twice at an advanced school, and returned to a regular school where he flunked again and then dropped out. He completed work for his diploma while serving in the U.S. Navy.

And, for all you people out there that think failure is not an option, think again. Imagine what would happened if Cosby had just been pushed along? He would have gotten that meaningless high school diploma and gone on to do nothing with his life. Instead, he joined the navy, finished the credits needed to graduate high school, then went on to college, received a doctorate and became the great man he is today. He probably is very grateful that credit recovery, boot camp and seat time were not options for graduation in his day.

Teachers, just because the child is not performing now doesn't mean he will never perform. There is always hope.
Posted by Pissedoffteacher at 12:08 PM

Now Bill Cosby would get "credit recovery". Take remedial courses in college and flunk out but he would be included in the DOE graduation rate and probably would have not achieved the success he has.