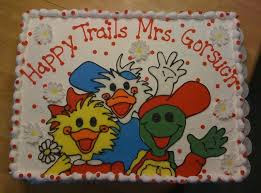 ﻿
I have an aversion to retirement parties, in fact, I've had this feeling for years.  It always bothered me coughing up $60 for some food I don't want to eat to celebrate the career of someone who will forget my existence as soon as she has one foot out the door.  Don't say this won't happen, because I know it does.  I felt guilty after I said no to one a few years ago and, at the last moment forked over the check.  Well, I was right.  That person, while keeping in touch with some people has had nothing to do with me.

Several years ago, a good friend refused to have a typical retirement party.  Instead, she invited friends to a party in her home, a party she paid for.  This seemed like a great idea at the time.  The hitch--every guest was asked (by another friend) to chalk up $50 to help pay for a watch she wanted.  So much for paying for your own party.

I have lots of reasons for not following the typical route, but the scenario above is my number one reason.  Anyone who cares about me can go out and have a drink (even a glass of juice if they don't imbibe) in my honor.
Posted by Pissedoffteacher at 6:28 PM

I think you should celebrate your retirement with a trip to Chicago! I know someone who could make you a killer martini ;-)

I have an aversion to parties of all sorts, so I'm on your side!

I wish I could be there to celebrate with you. I'll continue to check the blog every day. What will you write about?