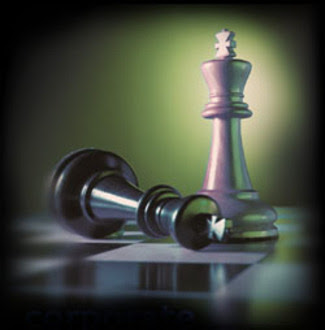 I lost it when Toby, once again took out his cell phone in class. Without a word of warning, I picked it up, put it in my pocket and told him he could have his mom retrieve it on Friday from the dean's office. Toby didn't say a word when this happened, but after class he came up to me to talk. He told me his mom wants to know what he can do to improve his grade. This, after playing with a cell phone and doing no work in class. Toby is really stressing his parents out. They were in school last week to see the teachers of the classes he cuts. Although he never cuts math, his mom broke into tears when she heard about the poor grades and lack of work in my class.

Toby's parents are Russian immigrants, his mom a doctor, people who came to this country to give a better life to their children and are at their wits end with him. Not wanting to stress out this poor woman any more, I told Toby I would hold the phone until the end of the day and give it back to him then. I put the phone in my pocket and forgot about it until it rang during my lunch. When I looked at the caller ID and saw the word "mom" on the screen, I decided to answer. Mom was shocked that I had the phone and I could hear her sobbing. She told me she called him to get my name as she wanted to talk to me. (This definitely goes along with what Toby said in class so I am sure it is the truth.) I explained the situation and then told her she should not be calling him in school. She profusely apologized and I am sure she made the call without thinking. We discussed Toby's lack of work and once again, she promised to talk to him.

I shut the phone off and went to find Toby. As I handed him the phone I told him he just missed his mom's call but not to worry, I talked to her for him. His face turned bright red as he took the phone, told me he loved me (probably added the word not under his breath) and turned to walk away. Do I think he learned anything from this? NO! Tomorrow he will be back to the same old games.
Posted by Pissedoffteacher at 4:10 PM

For today, the embarrassment is probably enough. But when he pulls it out tomorrow I'd have a bucket ready to throw it in.

Can his mother afford distance learning courses? U of MO High School is fairly inexpensive - about $500 for a 1 credit high school math class. Mom could have him take his math class over the summer under her direct supervision if she'd like him to transfer credit in.