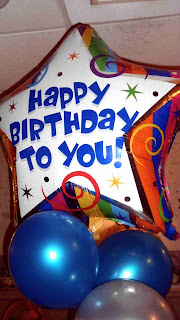 ﻿
It's the same shit no matter where you teach in NYC.  If you are over 50, they are out to get you.

Dinner tonight got me talking to a friend who teaches in a grades k - 5 school.  She has been there for 18 years and was always well liked.  Well, her once excellent school is not even a good school any more and administration is worried about the C the school got on its last report card.  The AP knows he better start shaking up the place or he could very well become an ATR. It looks like the shake up is starting with her.

Friend is teaching a grade 2 class.  She has already recommended five of her students for ISS classes.  Recently, a boy from another country (English speaking) was placed in her class.  He cannot sit still.  He scribbles on every test instead of trying to do it (he doesn't even know his alphabet).  He fights with the other children.  Last week, he pushed another student into the closet and closed the door on him.  He pushed a girl to the floor and pounded her with his fists.  He has assaulted my friend.  She has written him up many times.  Nothing has been done for the child.  The cluster teachers have also written this boy up and still no help or guidance has come his way.

Friend was told she is to meet with her AP tomorrow afternoon.  The AP has written friend up three times so far this year.  Infractions include not having written differentiated lessons for this boy and for not keeping him engaged during the class.  Yes, Friend is being disciplined, not the student.  Friend says the school has no room for him in the ISS classes and will keep making excuses to keep him in  regular classes.

So far the write ups have not been file letters and every one of her observations have been satisfactory, and although she isn't worried, I am.  She is thinking the AP just wants to offer advice and help.  I hope she is right.
Posted by Pissedoffteacher at 7:52 AM

To me those write ups sound like letters being threatened or held over your friend's head. I can understand why you are worried. There are definitely lots of indications on where this situation "could" be going.

This is also not happening to the 50+ teachers. They are doing these sort "We are trying to help you but its really psychological torture' to the probationary employees too. In the DOE world, no one is really safe anymore. They will hunt you down for any little weakness in which they find anywhere.

Then for her third year, the admin decided to put my friend in pre-k but she has a 1-6 license and she is not certified to teach pre-k (She taught 4th and 2nd, and got moved each year). The admin told her, "Oh we want to help you and provide you the support you need. You will work with a great pre-k teacher on grade level.".

There are many concerns and infractions with how the admin took care of this situation and it will be difficult to discuss all of them on this comment section.

However, the 1 BIG concern with this situation is that when you are granted OR denied tenure, it has to be IN THE TEACHER'S license area.

2. The principal also screwed up with her tenure denial papers with the termination date. The teacher had to come into school on the first day of this school year because the paperwork was unclear.

3. After the admin announced that this teacher was being denied tenure, they sent in the AP to sit in her classroom for about an hour to write anything up that needs to be documented. When this teacher taught 4th grade, the AP was her supervisor and constantly wrote her glowing recommendations or feedback. They clearly did not have enough negative feedback for a reasonable paper trail on this teacher.

"Friend" should not take any meetings w/o a union rep being present. To go into this meeting alone is suicide.

And speaking of union rep,
these incidents should also be reported to the UFT.

Ask friend what type of "write ups". Not just a note, but a DoE Incident Report which I am sure the principal is not filing, but you can still file them with the UFT.