Who's Monitoring The Teachers 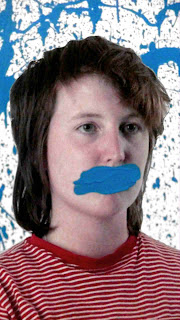 ﻿
Korean and Chinese teachers stood in the room while the students took the regents exam.  The exam was not given in either of these languages and the AP didn't want the kids to do poorly because of language.

One of the exams was given in the native language but the AP decided the translation was misleading, so once again he had a teacher standing in the room explaining what was being asked.

Everyone in the department knew that these teachers did a lot more than translate.  They reworded the questions so their students would understand what was being asked.  Many native American speakers didn't understand the words either and could also have benefited from the translation (even English needs to be translated into words these kids can understand) but no one was permitted to answer their questions.  I remember the teacher asking for a good explanation of the word ishkabible (real word would give away the subject) for the students in her room, since there is no word for that in her language.  It is a word they had been taught, if the curriculum was followed.  Just as many native English speakers had trouble with that word too.

When the regents results were tabulated, the students in the rooms with the translators had either 100% or close to 100% passing, with most grades over 80.  Their results were significantly better than those who did not have this benefit.  No one could have monitored the translators without being fluent in the language they were speaking.  When the teacher went over to privately talk to the student, answers could have been given and no one would have been the wiser.

And now the state is raising standards and everyone is aiming for that 80 on a regents exam.  Teachers will be judged on their students exams.  No wonder the teachers of these non English speakers come out on top.
Posted by Pissedoffteacher at 5:03 PM

Labels: cheating to make you look better, how to make your statistics better, unfair advantages

Be prepared for rain in Houston. It has rained almost everyday this month.