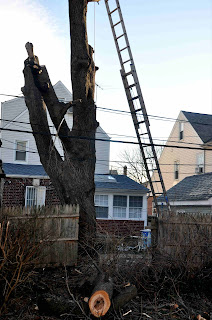 ﻿
Two ATRs--both good teachers who became ATRs through no fault of their own.

Both went on hundreds of interviews and even got jobs.  Unfortunately for the students, these jobs only lasted one year before they were excessed and then replaced with either no one or another ATR, often an ATR out of license,

This went on for years. the teachers went from school to school filling vacancies, not starting until well into the semester.  Both got rave reviews from their supervisors before they were placed back in the ATR pool.

One still believed in the system and wanted a real teaching job.  She took one in a school that will be closed down.  While other teachers in the department had 25 -29 in a class, her classes had 34 each.  Ten minute teachers roamed the halls, entered her classroom and told her what she was doing wrong.  She was threatened by the students.  There was no discipline.  She couldn't believe she ended up in this place and vowed, when she re-enters the ATR pool to never take a job like this again.

The second one got smarter, earlier.  She finally realized that she can collect her full paycheck without the work and aggravation.  She has resigned herself to being a very highly paid hall monitor and concentrates on meeting interesting people as she roams from school to school every two weeks.  She has vowed not to take a job unless it is permanent and not in a school threatened with closure.  She misses teaching but she wants to remain safe and to keep the paycheck coming.

Two great teachers being kept from the students, permanently disillusioned by a system that failed them and the children they love.  A big loss to everyone. Like the felled tree, the teachers have been deemed useless.
Posted by Pissedoffteacher at 8:54 AM

I also know 2 ATRs--one who is following ATR #2's example. Thankfully the other ATR got a placement is a decent school where the principal and staff like him. Unfortunately, the school is losing their 6th grade next year so he doesn't have any hope of being place their again. But at least he is having one good year. The only problem is he only has @10 years in the system while the other has 2 years to go before retirement.