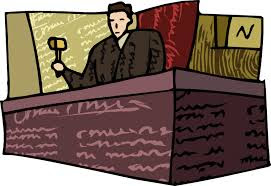 The deed was something that should not have been done.  The perb tried to worm his way out of trouble by changing the description of what he had done.  He also promised never to do the deed again.  The DA was good and the cross examination went better than anyone could have hoped:

DA:  Perb, if you catch your wife sleeping with another man, and she says she won't do this next year, is this acceptable to you?

DA: Just answer the question, yes or no.

DA:  And, if your wife says she wasn't sleeping, she was napping or snoozing, would that be okay?

DA:  Just answer yes or no.

DA:  So changing the verb and promising not to repeat a performance does not make the act forgivable.
I rest my case.

The perb's eyes got red and if you looked carefully, you could see tears welling up in them.  He was a broken man.
Posted by Pissedoffteacher at 9:08 AM

Cool--almost gives you hope for the system, doesn't it?