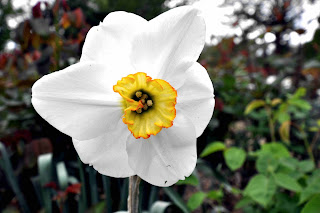 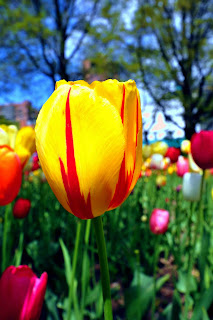 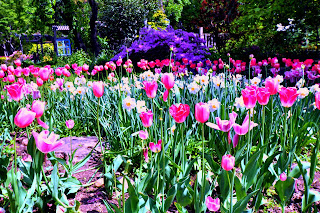 A beautfiul day to use my new lens at the Queens Botanical Gardens﻿.
A few more pictures here.  (These might be my best ever!)
And, a post from one of my favorite calculus girls.  She is on her way to California to compete in a national science fair.  Wish her luck and fun.
Top ten reasons why e is inferior to pi
10) e is less challenging to spell than pi.
9) e ~=2.718281828459045, which can be easily memorized to its billionth place,
whereas pi needs "skills" to be memorized.
8) The character for e is so cheap that it can be found on a keyboard. But
pi is special (it's under "special symbols" in word processor programs.)
7) Pi is the bigger piece of pie.
6) e has an easy limit definition and infinite series. The limit definition of
pi and the infinite series are much harder.
5) e you understand what it is even though you start learning it late when
you're in pre-calculus. But pi, even after five or six years it's still hard to
know what it really is.
4) People mistakenly confuse Euler's Number (e) with Euler's Constant (gamma).
There is no confusion with the one and only pi
3) e is named after a person, but pi stands for itself.
2) Pi is much shorter and easier to say than "Euler's Number".
1) To read pi, you don't have to know that Euler's name is really pronounced Oiler.
Posted by Pissedoffteacher at 10:14 PM