I Still Plan On Dying In Motion 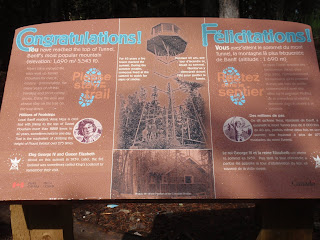 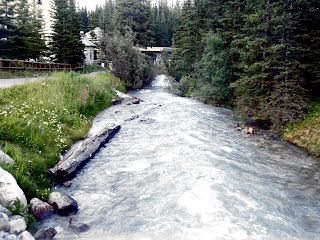 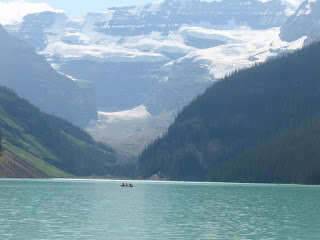 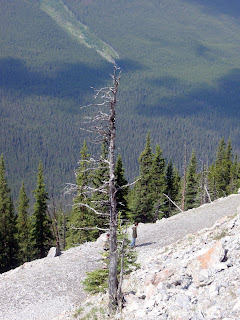 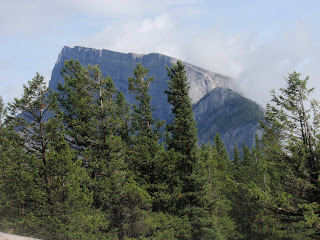 As much as I hate to admit it, I am a hypochondriac. In fact, I am one of the worst ones around. If a television character has a brain tumor and I get a headache, I am ready to write out my last will and testament. And, since I don't like doctors, I self diagnose and prepare for the worse.
Well, this vacation I came down with a terrible case of altitude sickness. This illness involves, shortness of breath, rapid heart beat, nausea, sleeplessness and other not so pleasant symptoms. In fact, I was sure I was having a heart attack and would have to be brought home in a box.
Now, a simple cure for this altitude sickness is rest. (I had read about it on the plane and suspected this is what I had rather than a heart condition). Being that we were only going to be in each place for three days, bed rest was not an option. I like to move and my one wish is that when my time comes, I want it to be while I am moving.
So even without being able to breath, I trudged to the top of Tunnel Mountain and to the Tea House at Agnes Lake. My poor husband worried every step of the way about what he would do if my heart gave out on the way. I climbed, stopped and climbed some more. There was no way I was going to miss out on the views below. As I assumed my death would be imminent, I mentally planned my retirement and wondered how many more trips I could complete before I met my maker.
The pictures taken above were taken with my Olympus. Those days, I felt too sick to even think about my good camera. (I think the trip to the Alps followed by the trip to the Rockies a week later was more than this old body could handle.)
Luckily, by Jasper, the illness passed and there will be many more trips in my future.
Posted by Pissedoffteacher at 10:34 PM

The photos are goegeous, but that #3 is just awe-inspiring. Wow, well done. I want to go there.

Love the pictures. I hope to visit there one day. These pics sold me.