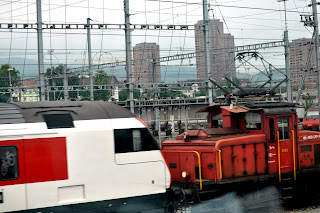 I happened to see a new Bloomberg ad on television the other day, and ad focusing on things other than education. The Education Mayor must be getting beaten up so badly that he needs to find another strategy.

So, now the Education Mayor is talking about becoming the Transportation Mayor. He's talking about improving mass transit, reopening railroad stations that have been closed (under his watch), and bringing private vans to the very under served parts of Queens to make it easier for the people that live there.

These plans sound great, even better than that they sound fantastic. My question is why didn't he do something about these issues in the first two terms of office? Why did he allow the railroad to close up stations? What was the big delay in extending the city fare the LIRR uses on weekend to every day? Why did he cut MTA service to NYC residents on the weekend and in evenings? Helping Bayside is good, but that area is a little more affluent than other parts of the city. How about helping Southeast Queens? Transportation in some of those areas is not easily available. Since money seems to be a problem in the city at the moment, I wonder where Bloomberg will get the funds for these projects? Maybe by reinstituting sales tax and raising other taxes?

I know I sound like a broken record, but this guy has got to go, even with his new ideas that will help the little guys of the city. The man has not produced in eight years and he is not going to start now.
WE NEED A CHANGE! NO THIRD TERM FOR BLOOMBERG!
Posted by Pissedoffteacher at 11:50 AM

I've had it up to here with Bloomberg and the amount of money he's spending and will eventually spend on this campaign.. Unfortunately I think there's no way your hopeful Bold chant there at the end will end up happening.

essentially everyone knows that there isn't a viable candidate running against him.

at least we don't operate under the status quo.

Tony Avella would be a "viable" candidate but he's poor and just a good guy with real values and ethics from Queens.

After spending 36 million, Mayor Mike is down in the polls, and Thompson appears to be in striking distance. Some people are getting wise to this mayor, at least.

Go Naked Cowboy!
Stripped down to the basics services, anyone?

I know I am wishing on a star, but still, I want to believe fairy tales can come true.