Lies, Damn Lies and Then There Are Statistics 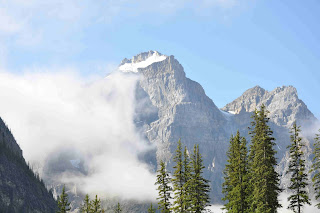 On vacation, listening to my husband snore away and I am still agonizing over my crappy geometry regents results. Statistics can be played with many ways and finally I decided if I look at them from a different angle they might not look so bad.
1. 97% of my students showed up to take the exam--even the two kids who had been absent almost all term. I'm proud of them for making the effort and attempting the exam. Other teachers might have discouraged them, I didn't.
2. 87% of my class in June was the class I started with in September. I held on to almost all, in hopes that they would make it through.
3. 50% of the kids that should have been dropped passed the regents. That makes 10 more kids on their way to an advanced diploma, kids that would not have made it if I went for the higher statistics and dropped them out.
4. 55% of the kids cared enough to spend the entire day in school the Saturday before the regents reviewing for the exam.
5. 67% would have passed if I did not inherit kids other teachers did not want.
6. 82% would have passed if I had dropped out the kids that were failing in January.

I think I've told you the stats on my class last year. When you are given students at the bottom of the group, your statistics will never match those at the top - but those kids deserve qualified teachers as well.

Don't let the principal convince you that you SHOULD have been able to make a silk purse from a sow's ear and look at the positive effect you had on the students you help pass the regents.

I am looking at the kids repeating Algebra 1. I have one who has earned 2 credits in 2 years (as opposed to 12) - and the several who have earned 4. Or 6. It will be an interesting year. I hope I am up to it.

Keep on keeping on!! The pictures are gorgeous!

I was always upset when kids who should have scored a "4" got a "3", and that's because they were over-confident and didn't read the questions carefully. But I was more upset with kids that were not meeting the standards met the cut off and got promoted. How can one test determine what's best for this student??? Teacher judgement be damned!!

You should be commended by your administrators for the work that you do. And all of this matters... to everyone!!! I don't think any of this is lost.

The one question that I wonder if you asked yourself is....

What could I have done to have gotten even better results.

Enjoy your vacation... it's August and you will be back to work any day now.

I've asked myself that quesion more times than you can imagine and I can't come up with the right answers. Maybe I'm getting too old to do this anymore.

I think you do come up with the right answers... it's how you have come to the point in your career that you are now. You will take the toughest kids and make them successful.

POD'd- Do not, and I repeat DO NOT second guess yourself. You have made more of a difference in these kids' lives than you will ever no. We both know that there is more to this than those damn grades.

You sure know how to live, girl. As I had said a while back, these results are outstanding. The purpose of math in high school is to teach kids how to think and organize their work and not give up. We learn primarily in math from our mistakes.

Those pictures are truly awesome. Always take extra water on hikes; it's not the same as walking around Manhattan. What does that hotel cost, if you'd don't find saying.

just for the record... I didn't mean second guess yourself... I meant reflection. It was meant as a positive comment and not a negative one.

I really don't know what we paid in each hotel. We always tell our travel agent (he's the best--Carl Schwartz at Liberty in Bell Terrace--he deserves free plug)the what we want and he books it. The hotel did have a special--buy two nights, get one free.

I'll tell you one thing, this is not a cheap vacation. I'm dreading the bills when we get home.

Have you read the Blueberry story?

I don't know if it's really true, but it's been around for years. Even if it's not, it's the perfect analogy for how public schools work. This is what we need politicians to understand - we teach *everybody*, not just the cream of the crop.

I love your stats. I hope you show them to your admins, as well as the letter from your calculus student. They matter.