Punishment Should Fit The Crime 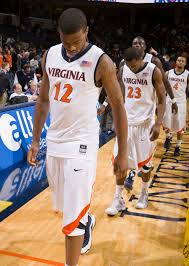 Tiger failed math.  He didn't want to.  He paid attention in class and did all his homework, correcting answers and then redoing the same examples when he got home.  He went to tutoring twice a week, sometimes more.  In other words, he did everything humanly possible to avoid failure but it wasn't enough.  He just did not understand the material.

Tiger is part of something very special in school..  He loves what the team does and he is developing great social and leadership skills.  Failing math means he would be put on probation and might end up losing his spot.

No matter what anyone ever says or does, failure is a real option.  We all fail at some things all the time.  The basketball player might fail to make a free throw, the doctor might fail to save a life, the lawyer might fail to get his client released and the teacher might fail at successfully getting the student to pass.  Failing doesn't mean that the best effort wasn't given or that even more could be done.  It just means the goal hasn't been met, at least not at the moment.

Tiger feels awful about his math class.  It is the only class he is failing and the only class he ever failed.  His agony is being made worse by the punishment being dished out.  Does he really deserve this punishment?  Does he deserve any punishment?  The only thing he did wrong was fail to understand and that should not be a crime.
Posted by Pissedoffteacher at 4:28 PM

I have the same problem going on with one of my students but worse. This student that failed a math class. She also wrote me a suicide note which I had to bring to the attention to an AP as well as the social worker of the school. Now on top of that she was thrown off the only team she loves. Have you tried to talk to the coach? I want to and don't know if it will mean anything.