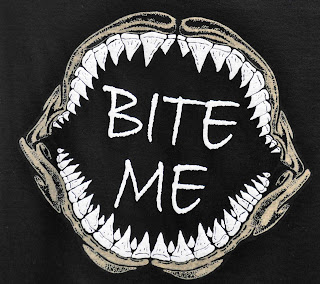 Today, my ninth period class got treated to the Acuity Test. It is great that the city, in this extreme financial crisis, has spent thousands of dollars to give this exam to my students. After all, I certainly am not capable of knowing what they know and don't know. The exams I've given all term and the assessments I've made just watching them mean nothing because I am but a teacher, not a mega company with ties to the billionaires that run the city.

Today was such a meaningful day for my little darlings to take this exam. Their final was Wednesday and yesterday was a day off for them. Monday is the last day of school for the year. Many decided to take an extended weekend so attendance was sparse. The ones that showed up had no interest in taking another exam, especially an exam that would not have any impact on their grade. I tried lying and telling them it would count and this worked until they started asking me questions about what was on the exam. We haven't studied graphing or functions yet and these were some of the first questions they were hit with. The good ones got nervous as they had no idea what these questions were about so I broke down and told them the exam was just a way to access what they knew so their teacher next year would be better able to help them. While not academically smart, these kids are street smart and didn't buy my explanation. Needless to say, we had a sitcom in the making.

Acuity is just another word for crap, the crap we are feeding our kids in this "test only" generation of school. It sucks big time.
Posted by Pissedoffteacher at 5:17 PM

Your the greatest Mayor Mike...

And it will go on and on until the PARENTS take to the streets in front of City Hall and DEMAND the testing ends.

I see your point about testing, but I also think that there is a need for an objective test to be given and not just the teacher's evaluation because in my school, teacher's are told to give grades for effort (although those efforts often yield no results)and to give grades to keep angry parents from complaining to the school board. Basically, I felt that student's overall grades at my school, often didn't reflect what the kids had actually mastered of the subject, because teachers were "encouraged" to not fail students.

I understand a test for the reasons you mention, but this acuity test is only given to make money for McGraw Hill. It tests things not even in the curriculum. At the best, it is frustrating for the kids.

I totally agree with everything you wrote. At my school in Missouri, we actually have aligned our English curriculum to Acuity. If our students' scores go up on the state standardized tests, the credit will be given to Acuity. If the scores go down, it will be because teachers don't know how to use Acuity properly. It's a no-win situation.

In WV our kids take the state tests by the grade level they happen to be in the database - a 10th grader will take the geometry state test; even though they are possibly only taking algebra. However, at least Acuity gets it right by uploading the assigned test by teacher class rosters. So - we can bench mark test the kids correctly but we can't have them take the BIG test correctly....