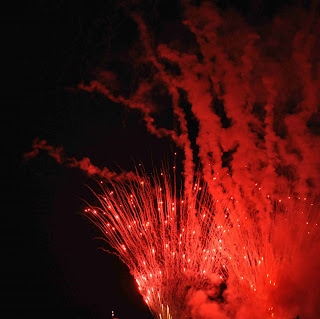 In my department, final exams are supposed to be a major part of the final grade. I just finished looking at the geometry final I am supposed to give on Wednesday and feel sick. This exam covers lots of the material I taught from September to January and touches on the stuff covered from February through June. The algebra final I was handed had the same problems.
I know the kids have to take a regents that covers the entire year, but shouldn't the final reflect the work we have finished this semester, especially since that is what their grade should be reflect?
(Before anyone bitches about why I didn't make up the exams, I'll explain here. I offered to write the first part of the geometry final. In fact, I wrote the first part of the exam which was dismissed as being no good without anyone bothering to tell me what they didn't like about it. I decided to give it to my classes anyway and three teachers came to get copies of it to give to theirs. After the first dismissal, I decided not to bother doing any work for the second part. As for the algebra exam, I was only shown it late on Friday. I offered a few suggestions but not enough since I hadn't had time to look at it carefully until just now. Maybe certain people don't believe teachers need to be experienced, but writing a good exam does require practice and know how.)
Posted by Pissedoffteacher at 4:47 PM

Ms. Wonderful PO'd, I am a fellow teacher and quasi blogger who follows your blog quite obsessively. I once read several of your postings to other teachers at happy hour and we all laughed our way merrily into the evening. I think that you are pretty on point with your observations and the questions you ask of your readers are quite key to some of the seemingly unresolvable problems experienced by most, if not every teacher, in and out of service.

However, on this issue, I whole-heartedly disagree with your stance. In my opinion, final exams should be about assessing what the kids have learned the entire year. I think a better way to resolve your frustrations about not assessing the kids about what they learned this semester would have been to give your own in-class final, which you could have measured against the cumulative final in scoring.

I don't necessarily know how much math is an adequate amount for kids to recall, but I know that in English, there's not much slack that can be cut. Yes, some of the specific details of grammatical convention is lost, but generally, I think it is expected that some of the things I or you have taught (no matter where they fall in the school year) are things children are expected to know for life.

I would have loved to give my own final but I must follow my chairman's rule. And, his is the one that must count the most.
I just think all teachers teaching the course should have had some say in writing the exam.

It would seem fair to have included questions from the start of the year, but perhaps had the majority of the questions center on what was learned after the midterm.