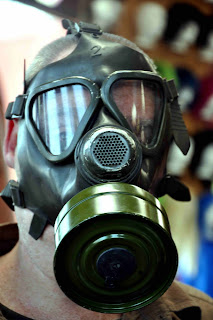 Two ATRs got jobs at a nearby high school. The principal asked them to sign letters stating they knew they were provisional employees and could be excessed in June. In fact, she insisted they sign. They worried about signing and called the UFT. The UFT said, "Don't worry, the letters mean nothing." The teachers signed but were not happy about doing so.

Last week both teachers got excess letters. They called the union. The union said, "Stupid you, why did you sign those letters?"
Posted by Pissedoffteacher at 9:59 PM

I'm afraid that I am not currently teaching in the NYC public school system, so I am unaware of the ramifications of this story. As a result of the dismissal, are the teachers put back into the ATR pool? Or as probationary employees are they now subject to being fired?

Back in ATR pool. Both have tenure and over 10 years work credit.

First, the union should have asked for a copy of those letters. Then got the union response "in writing" because there must be some unwritten law that the union doesn't represent ATRs.

Can't believe these letters are legal. If they have department seniority they should not have been excessed.