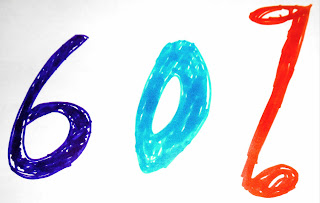 This week's tutoring was only 60% successful. Of the 9 that showed up, only 5 of them were mine last year. Two were new admits from another country and one was a ninth grader trying to get ahead. Out of those 5, only 4 of them showed up both days. Out of the 5, 3 passed. Some might say I was successful because now three students are one step closer to an advanced diploma. I'm proud of those kids and the thanks I got when I told them their grades was priceless. But, I don't feel successful. Two of them still did not make it. When I looked through papers, I saw quite a few from last year who also did not make it and did not come for extra help. These kids could have used it. One got a 63 and the others all had grades in the mid 50's. I should have gone after all of them. I shouldn't have relied on the guidance staff to do their jobs.

I guess I am destined to be the 60% woman forever. It is a good thing we still don't have merit pay. (The feelings expressed here are mine, not those of the administration, not even Mr. AP's.)
Posted by Pissedoffteacher at 3:05 PM

When I taught after-school AIS, I had 19 students in the class. The class met once a week for 2 1/2 hours--including snack time. Not all the students that came wanted to be there, and their behavior showed it. But I did not have the power to remove them from the group. We spent the first hour on ELA review and the 2nd hour on math.

The students were all recommended by their teachers. Some were even my own students. The program started in early October and ended in mid March. A majority of the students passed the State Assessments even if the score was a high 2, but there were just as many 3's.

There has to be a way to recognize which students need help early in the semester and give them more time during the year to help them. Do the classroom teachers send a list of those needed the extra help to the guidance counselor the same way we do to the principal??

It may be impossible to get a 100% passing rate, but the rate of growth is just as important. So give yourself that pat on the back.

We don't have that extra time after school. In fact, there is no real tutoring available due to time, space and budgetary restraints. Even if kids with problems are recognized, there is no system in place to help them.

Funny time for this type of support cannot be found or funded. Could it be the size of your school? I remember when I was in HS we had "study hall".

But whatever the reason, if public schools under this mayor cannot find a way to support our students, then he will happily close more schools and not take any blame.

I wish those who demonstrated against the closings would bring up questions like this. The mayor might answer that small schools are the solution. Then if that's the case, do something about the overcrowding.