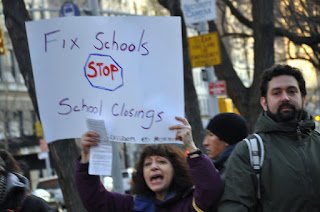 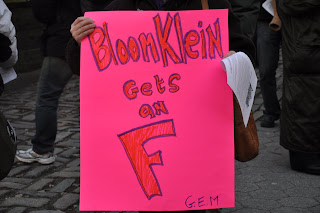 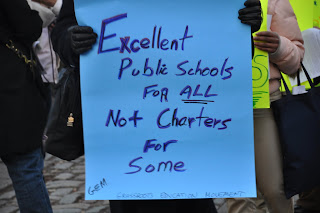 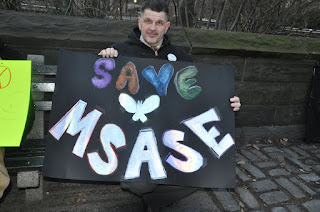 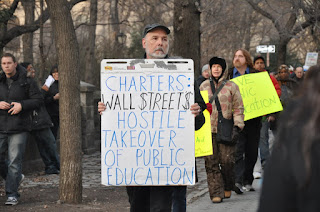 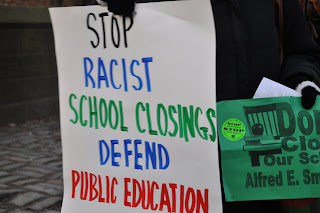 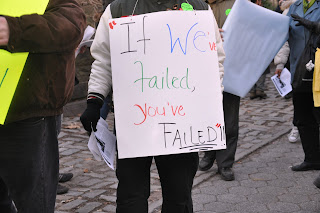 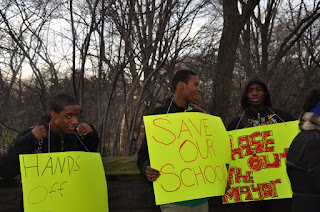 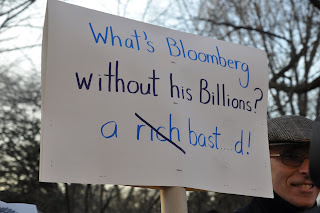 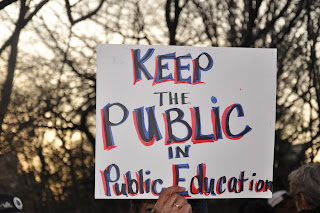 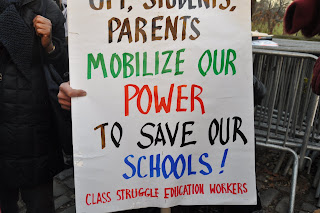 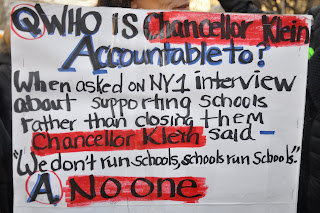 Chants for Stop Closings of Schools

It was invigorating, picketing, chanting, doing what we could to try to save our schools. There were lots of people, great signs and terrific chants. To me, the best part was seeing all the young people who came out to save their schools. There was even a young man from Packemin HS present. He is smart enough to know that while we are not slated to be closed, we could and probably will end up on this list if Bloomberg has his way.
I also got to meet some cool people, people who know me as POd teacher and now have a face and a real name to go with the pseudonym.
It was tiring to run to Manhattan and walk a picket line after a long day of work, but it was worth it, something I will gladly do again.

Here are some of the chants I got in a GEM e-mail.

Will never be defeated!

Shut down the DOE - Not Public Schools.

THE Mayor’s Dictatorship - NO!

What do we want?

STOP THE DRIVE TO PRIVATIZE

WE SAY FIGHT BACK!

WE SAY FIGHT BACK!

WE FIGHT FOR PUBLIC SCHOOLS!

Money for Schools; Not for Wars!

PUBLIC SCHOOLS ARE HERE TO STAY

Thanks for standing up for our public schools!