Boy, Do I Procrastinate

I'd rather post my pics from yesterday, than do the school work that needs to get done. I do cover a lot of territory in one day. We started at South Ferry, hit Staten Island, roamed Battery City Park and ended up in Little Italy.


Subway gates with mural in background at South Ferry. 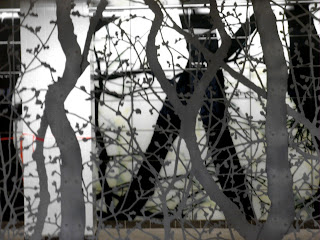 There were a few guys walking around with these huge snakes around their necks in Wagner Park--on the West Side, not far Castle Clinton, where you can catch the ferry to Ellis Island and the Statue of Liberty 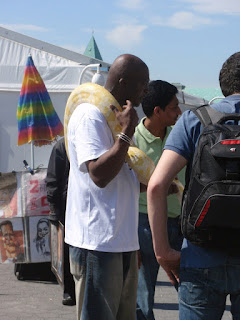 Part of a sculpture. 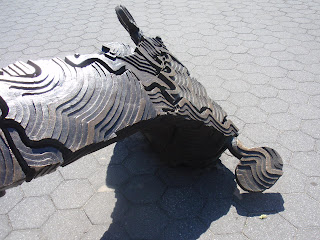 This lookout reminds me of the crown on the Statue of Liberty. I have passed it many times before but never looked at it from this angle. 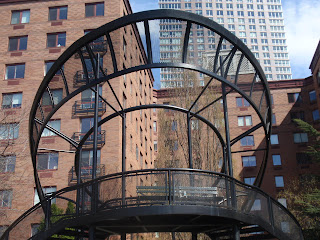 Yacht basin. In the summer, it is filled with the boats of the rich and richer. 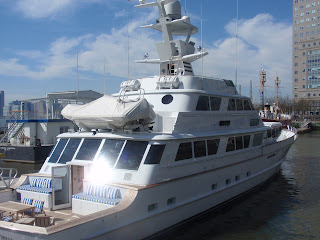 The Tribeca drive in. We had beers and chips at a great place here. The cheap part of our day officially came to an end.
Manhattan Financial Center--palm trees in the atrium. 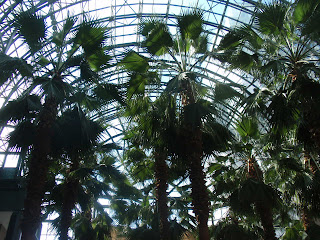 The whole where the World Trade Center once stood. 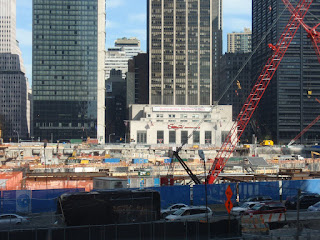 I found this statue on the side of an old building. Lower Manhattan has the best architecture in the city. 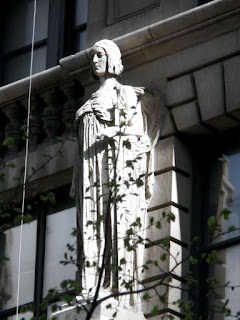 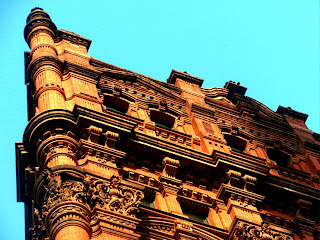 This building was once a fire house. (I don't think it still is one--On Lafayette, just south of Canal St.) 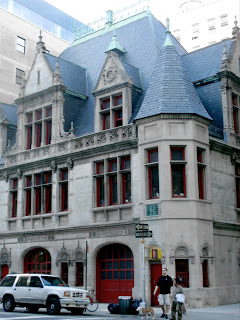 Fish on Canal St. The smells are awful. 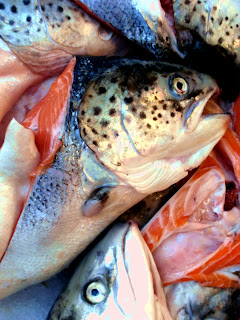 The produce on Canal is another story. 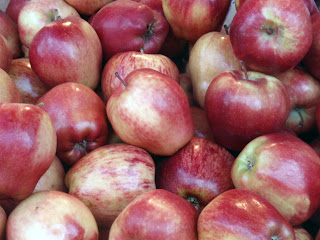 Little Italy--the window across the street from where we had dinner on Mulberry St. 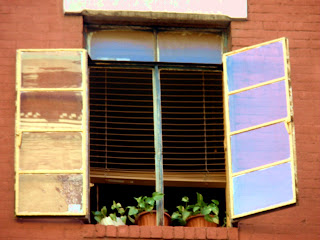 Little Italy, looking north. The Empire State Building is in the background. 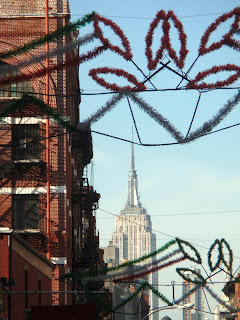 This guy must be working at the place we ate. He roamed the streets. His outfit kept me interested.

Posted by Pissedoffteacher at 8:12 PM

I thought of you when I paid a special visit to the South Ferry station over spring break. I took a picture of that gate with the trees very much like yours.

oh how i do love your pictures of new york!! i wish i could be there and let my boys see what that kind of life is like...the people, the sounds, the smells, the food....all that is ny!!

i'm lovin' livin' vicariously through you....i hope you don't mind! where are we going next weekend whilst you procrastinate?!?! :-D