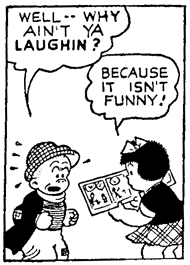 Being a good, righteous person is a part of every religion.  When a person chooses to send their child to a Jewish, or a Catholic or a Protestant school they should expect their child to learn morals as well as religious and secular subjects.  And this is what makes the following story so sad.

A good friend teaches at a very wealthy school on Long Island.  This school caters to the devout of one of the religions mentioned above.  These children have been taught that they can do whatever they want and suffer no consequences for their actions, no matter who they hurt along the way.  Their parents are rich and give vast sums of money to the school.  Because of this, the school makes excuses and looks away from their sometimes criminal behavior.

Last week  twenty young men walked into a classroom, surrounded the teacher and began chanting.  They would not let him leave.  He could do nothing them and he suffered an injury before a group of teachers was able to make them stop.

The principal and the other administrator were out of the building when this happened and did not return quickly when notified of the incident.  Caught on camera, there was no mistaking what happened.  The teachers demanded a meeting and wanted punishment meted out.  The principal tried to blame teachers for letting the boys out of their classrooms.  Thankfully, they did not get away with this.  The principal insisted these were good kids who made a mistake although many had histories of this sort of behavior going back years.

A punishment was delivered.  A major trip planned for the weekend was supposed to be cancelled.  But, when the people in charge realized how disappointed the young men would be when they missed it, they were allowed to go anyway.  Instead, most were given a one day suspension.  The real instigators were suspended for two days.  A boy who missed the entire incident was upset because he had to be in class while his friends were home having fun.

The teacher could go to the police, but he won't.  He needs the job.  Many of the other teachers plan on leaving at the end of the year.

People say the public schools are rough.  Many are.  No one would expect this behavior in a rich, private school.  Teachers here are the 99% and can easily be replaced.  Poor behavior has always been tolerated here, but this is the worst it has ever been.   I'm not a part of this school but hearing the story makes me ill.  What have we become when behavior like this is accepted as a mere prank?
Posted by Pissedoffteacher at 6:08 PM

It is sad. And recently a school superintendent overturned a principal's decision to suspend a football game because of bad behavior by the team claiming there was "no proof". I wonder how many parents were involved in that overturn? But depending on the public school and the number of "pushy parents" who always want their way, I have seen principals turn a blind eye to some bad behavior. One kid even told a teacher her mother could get her fired!!!

I also mentioned to you that a met a man whose son attends a "religious" school who was recently told his son would NOT get into a 4-year college based on his grades. It seems the son is a soccer star and probably thought that his "stardom" was a ticket to college. The school must have thought so too because he was never suspended from play due to poor grades. But then again, his own parents didn't make that decision either.

I am also happy that many LI students are now being prosecuted for cheating on their SATs including some from "religious" schools. I wonder how many parents knew or had an inkling about that?

I went to a public school, and if the school ever told my mother I acted that way, all hell would break loose!!! But then again, I wasn't born into privilege.