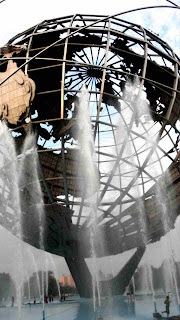 The girl walked out of (college) class 20 minutes early.  She left without a word, no excuse, no apology, nothing.  To everyone in the room, she appeared to have left because she felt like leaving.  She had done this several times before so her actions shocked no one.  Not even being reprimanded by the teacher seemed to make a difference.

The next class had her in her seat bright and early.  Unfortunately, she had no clue as to what was going on and loudly announced she understood nothing.  She expected the class to stop while she was brought up to snuff.  The teacher calmly said the work had been taught the day she left early.  Instead of being apologetic, she got angry and claimed she only left twenty minutes early and then gave some lame excuse.  She was reprimanded for not doing the reading and the homework, her responsibility whether she was in class or not.  She walked over to another student, sat down and tried to get help in the middle of the class, never caring that her voice was keeping others from learning.  The teacher put a stop to that too.  Again, she got angry and said, "I"m not in the mood to talk to you now."  Before she was asked to leave, she sulked back to her seat and kept quiet for the rest of the class.

And then, without guilt but worrying about her grade, she sends this:


I would like to talk to you like an adult, on a professional level. I feel that sometimes you may have personal feelings towards me & it makes me feel very disrespected. Please don't get me wrong, I shouldn't have been asking for help in the middle of class, but Judy offered to guide me through a little bit until I understood it more. I am also admitting to my wrong for leaving 15 minutes before class ended but my little brother had an emergency at home so I had to get there as soon as possible. I try my hardest in this class and I never been to tutoring until I took this course & I'm truly desperate to master it. I just wanted you to know how I felt & to clarify everything via email. Thanks.

I decided I am too old and too tired to deal with this BS anymore and ignored the letter.  She got the point.  Last night, she was in the lab bright and early, trying to catch up.  She was as sweet as possible in class and worked hard too.

Part of me doesn't even blame this student for her actions.  Her high school education consisted of one entitlement class after another.  If she failed, there was a credit recovery class.  If that assignment took too long, the people in charge made it shorter.  If it was too hard, the passing grade was lowered.  She learned that she could always get her way and expects this to keep on happening.  What a generation we've created.  I fear for the future.
Posted by Pissedoffteacher at 10:16 AM

Wow. Just wow. I can't believe a college-aged person would act that way. But, you're so right, this generation scares me. They aren't learning any responsibility whatsoever. The feeling of entitlement that have is astounding.

Wow also. I have been teaching community college for about 10 years and have never had behavior like that. (It happens everyday in high school.)

This was my first but I have heard others say the same things, especially when teaching remedial classes.

I have heard of it also, even in regular college level classes, math and other subjects as well. I have had new students put in my class due to "personality conflicts" with other teachers, in the middle of the semester. Maybe we're just veterans who deal with this better.