Tuesdays are free days, no classes, so, in honor of PD, I decided to take advantage of the great weather and enjoy the city.  I was quickly reminded of how good those random subway days were as I boarded the E train and made the decision, en route to visit the protesters at Zuccotti Park. It was surreal seeing the tents and all those people living in a small area, braving the bad weather that has occurred and will be occurring in the future.  I wondered, as I walked around, which people were collecting money for the protesters and which of them were collecting for personal gains.  I wondered who was out there for what they believed in and who was out for the thrill of it.  I felt moved, yet disconnected .  Although I am not a big banker, investment firms are making lots of money from my pension.  I  had no desire to hang around very long. It even felt like an invasion, taking photos, although I did take a few. 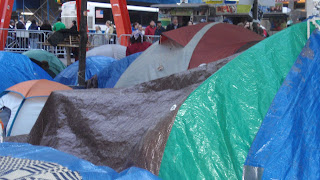 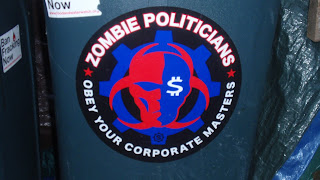 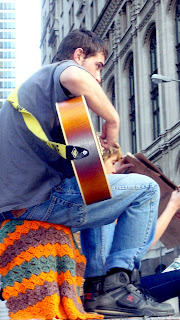 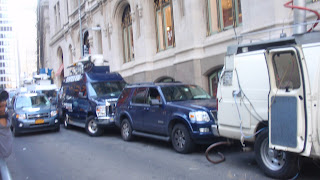 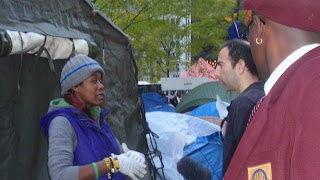 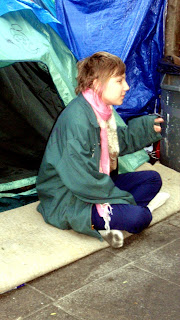 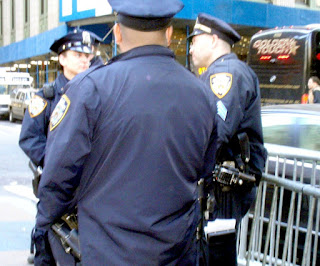 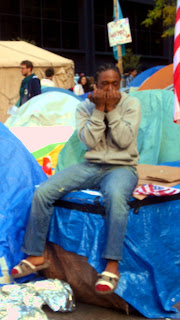 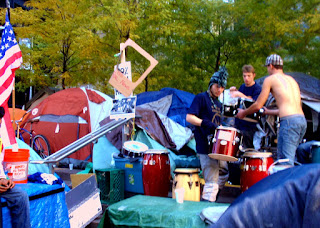 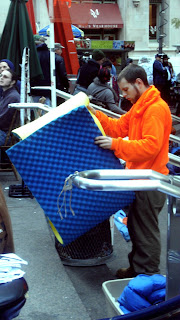 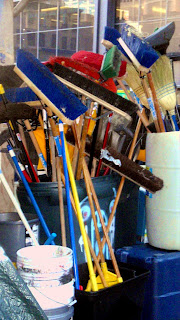 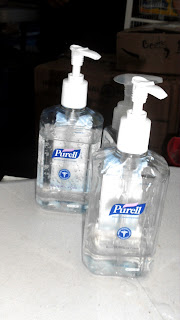 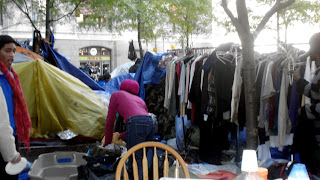 The rest of the day was spent strolling through lower Manhattan.  More pictures here, on Facebook.﻿
﻿(Only had my little point and shoot so forgive the quality.)
Spending the day like this so beat training on a smart board that I would never get to use or looking at statistics, the only thing that matters in the world of education today.  It was so much better than sitting at a meeting with Mr. AP as he continued his bashing of Mr. L, a retired teacher who is not in the best of health and I am sure he was thrilled not to have me around.  He did comment about a retired teacher's negativity and I would bet dollars to donuts he was referring to me.  ( I stopped him more than once during his many tirades about poor Mr. L.)
Posted by Pissedoffteacher at 4:32 AM

It is not a big leap from feeling like an interloper to becoming part of OWS, especially an educator who can join the Occupy Public Ed committee of OWS. Every Sunday at noon - 60 Wall St. atrium to participate in true democracy - something you won't find at a PEP or a delegate assembly.

It must kill AP to know you still have access to the school and know what he is up too. It's funny how he uses the term "negativity" on others because he refuses to see it in himself.

I told a friend this week that I didn't think we could survive being teachers today. She agreed. When you tasted the freedom to really teach, to create, and have the decision which parts of the curriculum to follow first because it would be best for your students, it's hard to function with your hands tied.

I never followed the math curriculum because the majority of my students did not have the basic skills and concepts down. There was no foundation on which to build. I used the month of September to do that. My class also took copious math notes with every step spelled out. I was lucky to have taken courses with one of the best math trainers in my district. She said notes were important because it was like video taping the lesson. "With good notes you can always rewind." This was proven to be true when a sister of my 3rd grader who was in junior high told me she studied from her brother's notes.

I may have been behind the curriculum, but by the end of the year, my students knew the material. And the teachers they got after me told me that. They also told me they had the best habits too.

AP's first concern is never about the students understanding the material or growing to love the subject. He is more concerned about school stats.

If you have a chance, you should read what Tisch had to say about her visit to one high school and how Bloomberg is failing these kids.

As much as I support middle and working class and union workers, I did not stay at Zuccotti Park for very long when I was there myself for the first time. I saw what I needed to see and then I moved on. However, my first time visiting Zuccotti Park was the same day that the protesters got trapped on the bridge. The solidarity and support around Lower Manhattan was truly remarkable.

I also think that most people who joined OWS after it was started are people who are just frustrated with the economy, being unemployed, living through savings accounts, etc.