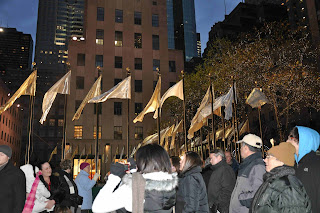 The latest memo calls for us to contact the parents of all failing students.  While I don't understand why I should be doing this, since report cards are coming out next week, I decided to not fight City Hall and do it.  I've already contacted the majority of parents of children who are not doing well so a few more won't kill me.

Today, I decided to print out some letters and make a few phone calls.  The computers in the cafeteria were not working (and haven't worked for a month).  I then hit the teachers' work room and found all four being used.  I decided to brave the airless, over crowded math office and I did find one of the two machines available.  The phone was being used by another teacher doing what I wanted to do.  I got out the form and started setting up my letters, but the printer would not work and I didn't know how to fix it.  Not ready to give up, I hit the last room available with computers.  Here I found 3 available ones but there were no chairs and I was not in the mood to stand or kneel on the ground and I just gave up.

I'm ready for the next memo:

There is a teacher of algebra students who did not notify parents that their children were failing.  I think we would all agree that getting in touch with parents is a teacher's responsibility.

Who will be responsible for providing the means to get in touch with these parents?

(Picture is crowd in front of Rockefeller Center tree, taken on Sunday.)
Posted by Pissedoffteacher at 4:19 PM

It's amazing how there is no place for teachers to do this in a school your size. Maybe you should send a letter to Black--handwritten of course since computers are either unavailable or printers do not work.

I have no words for this....except what a way to single out a teacher...

I can't help but feel that more of our time is taken up with non teaching duties, eg: conference notes, inquiry, assessment binders,portfolios, teaching points, core curriculum standards (all clearly stated for each lesson), decorating rooms and hallways with charts and of course quality review preparation.
When are we supposed to teach?

Only in the teaching world can one be assigned additonal responsibilities with the exptectation that you will do them in your non-workng hours.
We had the wacky situation in our school where we were assigned phone extensions and voicemail accounts but...get this...no phones. For the last seven years our teachers have been explaining to parents that we have no way of knowing if they call us and no way of returning their calls if we magically found out they had called.