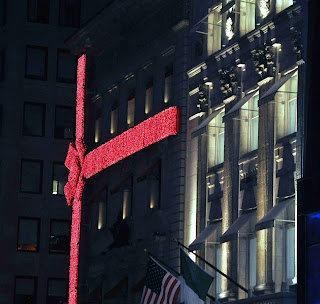 I wrote a post a while back about Rate My Teacher.  The post was about something unethical I did by adding a few good ratings for a colleague who was getting dumped on by one disgruntled student.  (It was obvious from the comments that all the posts came from the same person.)  I'm not going to discuss the merits of what I did, because, truth be told, I would do it again in a heartbeat if I knew someone was being unfairly picked on.  Most of the kids I know love this teacher.  Her classes are fun and her results are good.

That being said, I do believe teachers should be rated by their students, but not rated on an anonymous website.  The end of the term in the college brings ratings with it.  This week, my classes were handed a form in which they were able to make real comments about me.  I don't see the comments while they are being written, in fact, I won't see them until May, when the students I now have are a distant memory.  These ratings are used by the college and help the administration decide whether an adjunct should be rehired or not.  When I get them back, I read them carefully, enjoying the praise and appreciating the criticisms because these words are the words that can help me become a better teacher.  There is no ballot stuffing as each student only gets one vote.  The votes are truthful because they come from the people that listened and learned from me all semester, written anonymously, with no fear of repercussions for unflattering comments.  If a student has some negative, or positive things to say that are perhaps, not true, that is fine because these comments are combined with all the others to give a total picture of who I am.

While grading teachers is a good idea, rate my teacher is not.
Posted by Pissedoffteacher at 8:55 AM

I'm still waiting for the Rate My Administrator option. But, I'm not holding my breath....

Did you see the story in today's Times on what makes an effective teacher? They spent millions on it. Well give me a percentage of that money because that's what I've been doing throughout my tenure. Do all my students pass the high-stakes tests? No, but they make great gains.

Yes, there are teachers that don't do the things the article points out. I witnessed it and I am sure you have too. But that said, teachers today are forced to hand in completed published work by the end of the month and that includes September.

There was a time we were given a chance to launch the writing workshop first. First you have to find the time to teach editing and revision and that time was taken away. I still made sure it was done, but principals just want a finished product on their desks. Teachers have to put down the dreaded red pen and teach students to correct their own work and manage the classroom too. (Of course adding more kids to the class is just another deterrent to effective teaching.) Those that don't put us all in a very bad light. And what we can learn from this study is that kids appreciate it.

Ah yes, Rate My Administrator. What a keen idea. Principals get dumped when teachers post low scores. Now you're talking!