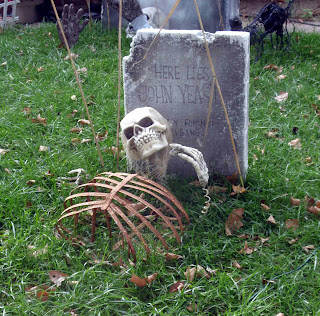 It was the coldest December day in over 50 years.  The temperature hit a record low of -2 and with the wind chill it felt like -30.  As luck would have it, poor Jane's car was out of commission.  She asked her sister Jackie to pick her up when she got out of work and Jackie said, "Of course, I won't forget you."  Jane was a little concerned because Jackie had forgotten her several times in the past but having no other alternative, she put all of her trust in her sister.

Jackie was due to pick Jane up at 5.  Jane called Jackie at 4:30 to remind her.  Jackie again said, "Don't worry, I won't forget you."   At five minutes to 5 Jane bundled up and went the appointed spot to wait for her ride.  After 30 minutes, Jane, frozen stiff, began to worry.  She called again.  "Don't worry.  I didn't forget you" was the answer she got.  Jane jumped around to try to keep warm.  Another hour passed and still no Jackie appeared.  Jane called again and got the same message.

Finally, three hours later Jackie showed up.  By then it was too late.  Jane was on the ground, her body rigid from the hypothermia brought on by the frigid temperature. Jackie started to scream, "Why did you die?  I didn't forget you."  Alas, it was too late.

RIP Jane.  Now, you will not be forgotten.
Posted by Pissedoffteacher at 4:07 PM

I know you feel like you are being frozen out. I cannot correct my own situation. I wish I could fix yours.

Boy do you have a way of getting a point across. Check the contract to see when a decision is supposed to be rendered. Otherwise there will be lots of frozen teachers out there.

"I didn't forget you", such an overused expression!

I checked the contract--5 days.

Yes, it is 5 days. So I don't understand why your cl would allow this violation???

Just spoke to him--he knows what he is doing. I trust him completely.

I am glad your concerns are cleared up. But if this was not a grievance so-to-speak, what was it and how is it different from a grievance? Please note, I was not putting down your CL, just questioning what you presented as a 3-week waiting period on your grievance.

Concerns are not cleared up and I am not exactly sure what is going on. I just said I trust him to do the right thing. And, it is a grievance. I never said it wasn't.