Ednotes posed a question from a math teacher. Another teacher, Saddleshoe, Although I commented there, I had to vent here as well. If we don't do something soon there will be no hope for future generations. 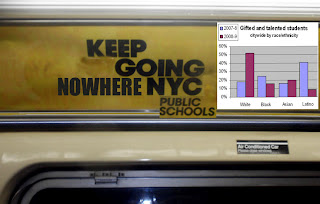 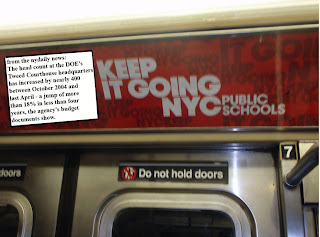 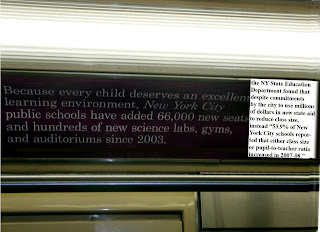 I decided to take the suggestion of an administrator and talk to the kids about their problems. One of the kids I work with a lot just showed me his PSAT scores. He only scored 34% in the critical reading category. If the child can't read and pick out details, he can't put clues together to solve a geometry proof. Figuring out whether he has consecutive angles or opposite angles in a parallelogram is beyond his scope of understanding. They know that the distance formula is used to show line segments are congruent, they repeat this over and over. They know that a triangle is isosceles if two sides are equal. On exams, they use the slope formula to do proofs involving these concepts. Another kid showed me his math score which was 29%. How can this kid be expected to learn geometry either?

The administrator suggested I talk to other teachers and see if they are having the same problems. I asked Mr. P how his class was doing. He said "Fine". I asked, "Approximately what percent of your class is passing?" He answered, "I have no idea. I don't look at those things." I did hear him and another teacher agonizing as they marked the first part of the midterms about the same mistakes my students make.

The DOE is running a big campaign, Keep It Moving NYC Schools, touting the success of our schools under the reign of Klein and Bloomberg. Why aren't there any real reporters out there showing what is really going on in math education today?
Posted by Pissedoffteacher at 10:30 AM

I thought of taking pictures of those subway posters and writing about the hypocrisy and dis-information (or fraud, take your pick), but got sick and didn't get a chance.

But, I mainly wanted to say something about the kids not understanding math. As a music teacher, I always do lessons in quarter-notes, halves, wholes, eighths etc., and use written exercises that force them to think through numeric configurations, particularly fractions.

Example: An eighth note is _____ the value of a quarter note.

They always complain: "Miss, yo, we KNOW dis! It's too easy!" and won't stop the complaining until honor student after honor student gets 85% instead of 100%. More often than not they say "2" , which is totally opposite the correct answer, "half."

They also don't know how to draw a line with a ruler, so I have them use one to draw 5-line staves for their notation instead of staff paper. Can you imagine having to teach high school kids how to use a ruler?

That's why I've decided to just paste a sign on my forehead saying "Old Style Teacher" and keep right on trucking.