Put On Gloves and Fight Back 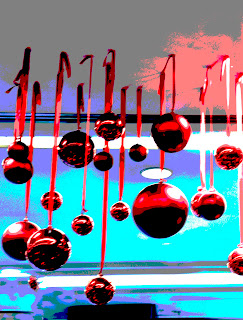 ﻿
﻿
﻿
I don't understand why union employees with job security take some of the crap they do from supervisors.

An English chairman years ago brought grown women to tears when she walked in the room.  They had tenure and she didn't,  but they still cowered in her presence.  The only ones she left alone were the ones who fought back.  She never hassled the teacher who corrected her grammar on every memo and she left the men alone.

Another AP did everything in his power to get certain teachers to leave. One fought back by writing a letter to the superintendent outlining all he had done.  He backed off and never bothered her again.  Another went to the Principal constantly and, while the Principal didn't care much about her, he did not want to be bothered with nonsense.  Something must have happened because the AP backed off and stopped bothering the teacher.

My advice to anyone being harassed unfairly is to fight back.  If the administration is out to get you, they won't leave you alone just because you are being quiet and trying to blend into the background.  Once you've been targeted, they will keep going after you.  The only way to get them to stop is to find a bigger issue and go after them.  Show your claws and sharpen your teeth.  It's your only hope of surviving.
(Picture--Macy's Herald Square)
Posted by Pissedoffteacher at 2:02 PM

I agree wholeheartedly with the sentiment, PO'ed, but you must know of all the many many cases where fighting back only made things worse for the poor teacher. Our union's many failings have often screwed the whistleblower, the grievant, and the simply "I-wont-take-any-more-of-this-bullshit" teacher as much as the DoE has screwed us. I am a living example of it, forced into early retirement for standing up for my rights and the rights of my students. I don't regret a single grievance filed, the reports I made to OSI, the petitions filed with the network and the Doe, because I can sleep well at night knowing that I did all I could to try to fix things in a severely disfunctional school. But those 5 of us unfairly U-rated, targeted, bullied, forced to leave solely because we fought back, were not helped by our tenure or our union. One of my colleagues was so stressed out by the bullying that she was rushed to the hospital after a confrontation with the principal in the hallway. Multiply this by how many schools, how many irrational, megalomaniacal principals who view a single grievance as reason to wage all-out war on the poor educator.

Of course whatbyou say is right but my former AP, once he has it in for you, keeps coming. And, the meeker people act, the more he attacks. Personally, I would have been better off keeping quiet. I was only attacked when I started fighting. I am only referring to people who have nothing to lose because they are getting whooped anyway.