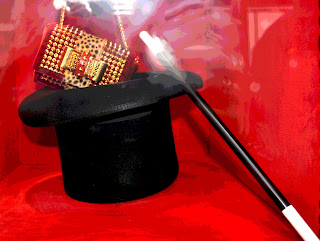 My kids attended one of the top elementary schools in the city.  There was not one teacher in the school any parent dreaded having their child in a class with.  There was a teacher whose sole job was physical education.  There were reading and math specialists.  There were community volunteers.  The Principal knew every child and parent by name, as did the security guards.  One guard even told me my daughter was trading her pastrami sandwiches for cheese doodles

This school was also one of the lowest rated schools in district 26.  It was a small school, only two classes per grade and a combination 5-6 grade class.  (This was the last year the school had a sixth grade.)  There were ESL students and special education students enrolled.  When standardized testing came around, all kids were included.  Anyone who knows anything about statistics would realize that these students, the ones who should not be taking the exams, were lowering the all around scores.  (A test with 10 questions has each worth 10 points while one with 100 has each worth only 1.)  My son, a bright boy who scored in the 97th percentile in math could barely score 45 percent on reading until 4th grade.  He too wold have brought the numbers down.

I don't know what is going on with that school today.  I don't know if it has grown in size or if the population has changed.  I do know that by today's standards it would have been ranked low and I would have looked for another school for my children.  Since they both got an outstanding education there, I am glad that did not happen.
Posted by Pissedoffteacher at 11:58 AM

Labels: rating schools, ratings don't tell anything about the school

so if the lower outliers should have been taken out of the equation - why not the upper end outliers? Otherwise you are skewing your data.

not saying they should have been taken out, just explaining why stats work this way.