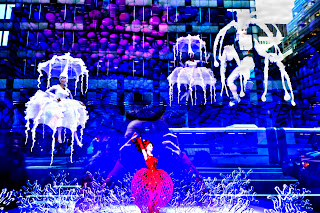 ﻿
A close family friend is getting married and the entire family is making the trip to Texas to witness the event.  Not wanting my kids to spend money means we are shelling out for six plane tickets, three hotel rooms and two cars  (Actually, the kids will pay for their own car.)  It will all be worth it to have everyone together for a weekend at this special event.

The hotel offers a special wedding rate of $99 a night.  Not bad, but Travelocity is offering the same room and including breakfast and parking for $68 a night.  (Hotel wants $16 a night to park.)  I called the hotel, told them of the deal on Travelocity and asked them to match it.  They said they couldn't.  Fine.  I cancelled that reservation and booked us all with the cheaper rate, saving around $400.

I can't figure out why the hotel couldn't match the deal.  They will only get a portion of the $68 I am paying to Travelocity.  They had to know I'd jump at the bargain.  Most people will.  No wonder business are in trouble.


(Picture from Bloomingdale's.  More here.)
Posted by Pissedoffteacher at 9:48 PM