Just Pass Me So I Can Get On With My Life 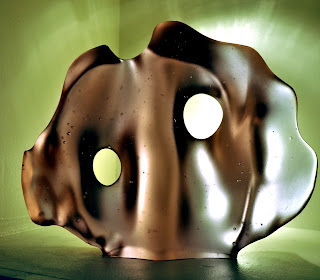 Mitchell has been failing the class all semester.  He did a some homework, paid little attention and was quite nasty at times.  He doesn't want to be in school and plans on leaving to join the armed forces.  But, he wants to leave with a passing grade so when he returns to college he will never need a math class again.

Out of the goodness of my heart, I told him if he manages to get a C+ on the final, I will pass him.  He doesn't think this is possible (neither do I, but I didn't tell him) and sent an e-mail asking what else he can do to pass.  I am ignoring this request. Hopefully he will get the message.

He probably graduated high school because teachers granted him extra favors.  What a generation we have created!  By the time anyone wakes up and sees what has been done, it will be to late to save the thousands, just  like Mitchell.
Posted by Pissedoffteacher at 6:26 PM

Or he got seat credit and recovery credit which doesn't add up to much.

Teachers do not like the pressure and the haranguing from administration. So they pass students that have a pulse. Unfortunately, the high passing rates do not correlate to the high Regents failing rates. The relationship of course grades to regents scores is obvious to everyone except the principals, who want to keep their jobs, and the students who think that they have acquired the necessary skills. When they get to college, they see that their diploma can be used as scrap paper. Reparation from this damage will take longer than the damage from the 1974/75 lay off of 15,000 teachers.