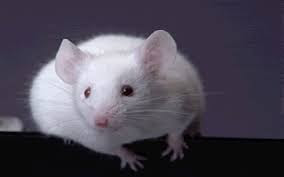 Little Mouse did not like to hang out with her rodent friends.  She only ate cheese from the gourmet store, while they ate everything available.  She made a home for herself in an upscale neighborhood and continually looked down upon those who never strayed from the places they were born.  On the rare occasion she found herself in the company of these old relations and acquaintances, she made condescending comments about their clothes, their speech and their habitats and then wondered why they did not treat her nicely.

One day Little Mouse was forced to accompany her breeding partner to a dinner with his family.  She spent a week worrying about what she would wear.  She was determined to look better than every other female in the room but she also refused to shed her black costumes.  Little Mouse finally decided on an outfit, an outfit that only enhanced her witch like personality and set out for the party.  Upon arrival, she looked around and started her catty (not very popular at a mouse party) comments about everyone around her.  She refused to understand why no one was nice to her and she left as early as possible.

Several days later, Little Mouse was at a dinner with her different species friends and relayed the story of her unhappy dinner experience.  One friend suggested the problem might come from within her and she should try not being so standoffish with that crowd.  Little Mouse got red, a color that goes well with her black costumes and stormed out.  It took weeks before anyone heard from Little Mouse again.
Posted by Pissedoffteacher at 11:48 AM