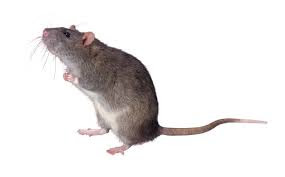 Little Mouse walked around with her nose up in the air.  Some say she did this because she felt superior.  In reality, she could not stand her own stink.  Pointing up was the only way to avoid it.

Little Mouse did try to act superior to everyone around her.  You see, she was born in Europe and thought that gave her a leg up on everyone else.  But, the country she was born in was not all that advanced.  Kitchens were kept in basements where the goats and chickens roamed freely.  Little Mouse never adjusted to life here and although she did live in a big, fancy rich person house, she still spent all her time in the basement, at home only with the domesticated animals she kept.

At one point in her life, Little Mouse decided she was overweight, which is kind of funny because no one has ever seen a fat mouse.  But, Little Mouse was determined to lose her excess baggage and began dieting.  Little Mouse lost so much weight she began to look sickly.  All her friends began to worry.  They pushed her to eat, but were not successful.  Little Mouse looked like a wind would break her in half.

In addition to exercise, Little Mouse took up running and other sports.  All these activities consumed her life and she no longer had time to see or even talk to friends.  Gradually, friends stopped calling and checking on her.  Little Mouse did not understand why this happened.  She thought her friends should keep calling.  After all, she was born in Europe.  Her nose was always in the air.  She was better than them and they should be kowtowing to her.

Stayed tuned for chapter 2
Posted by Pissedoffteacher at 12:15 PM

You have another new career going. Can't wait to read Chapter 2.

Was that her cousin Big Mouse hanging out on the subway platform the other day? He didn't look European...